Buzzcocks, Fast Breeder, Slaughter and the Dogs, The Worst
Fanzine
1977 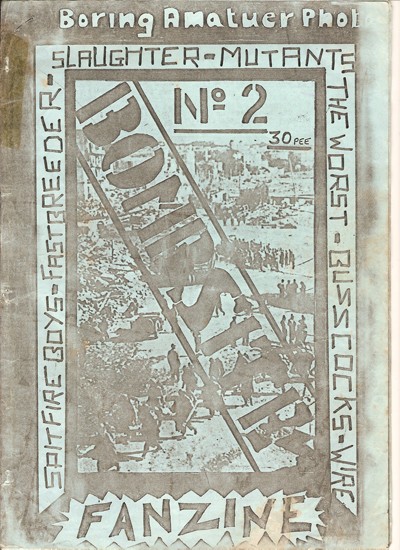 Listed is the front cover from Bombsite 2 fanzine, containing commentary describing live performances and interviews from The Buzzcocks, Slaughter, The Worst and Fast Breeder, in Liverpool during August and September 1977. Bombsite fanzines are now rare but include some interesting commentary regarding historical musical events that occurred during that period in the North of England.
The writers went on to form the punk band "Why Control" and played live around Liverpool and Manchester. The fanzine was distributed by the writers around Chester, Liverpool and Manchester.
Artefact added : 26th November 2007
by martincatawba