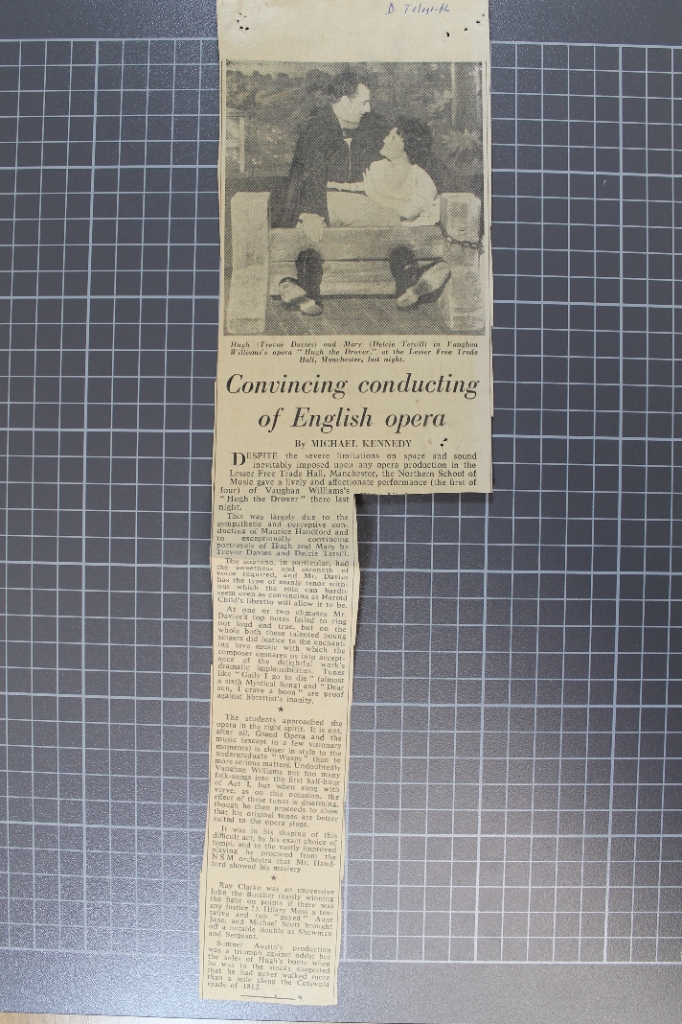 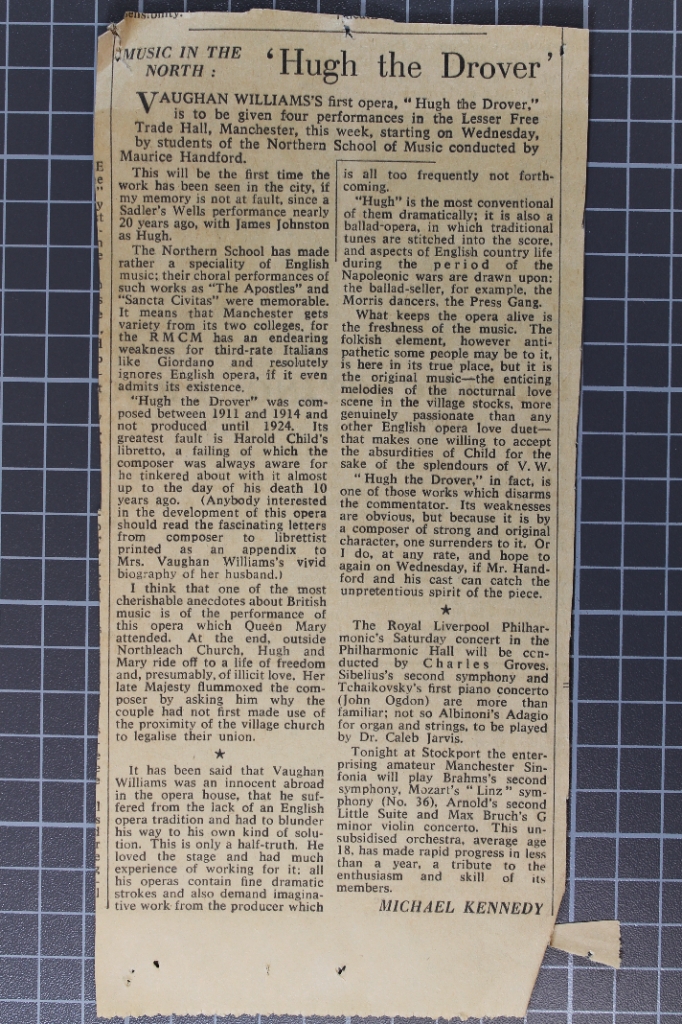 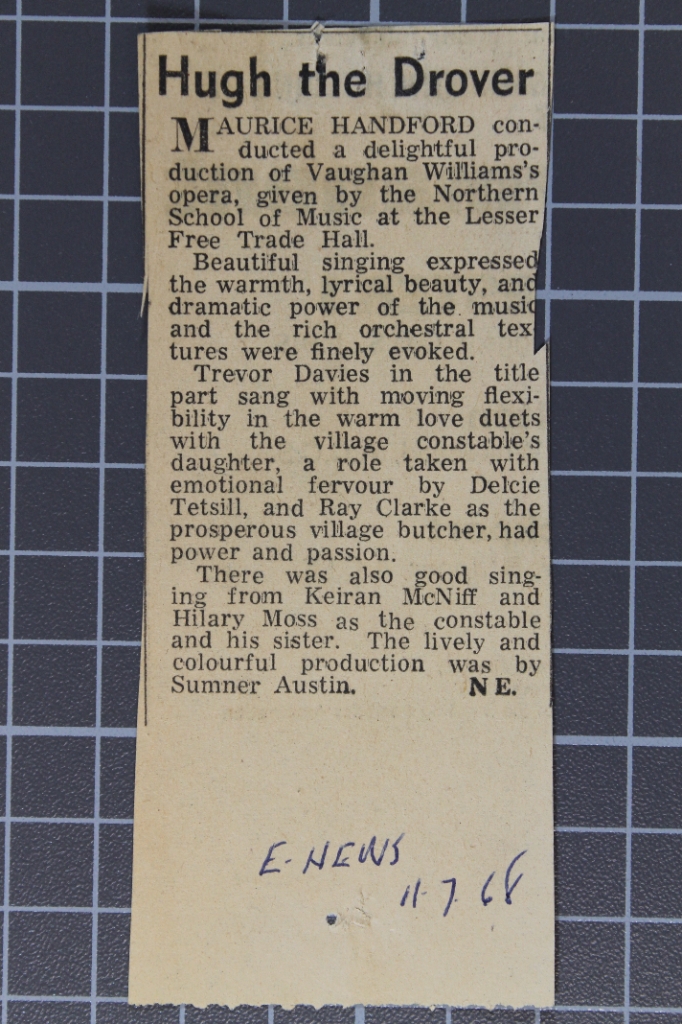 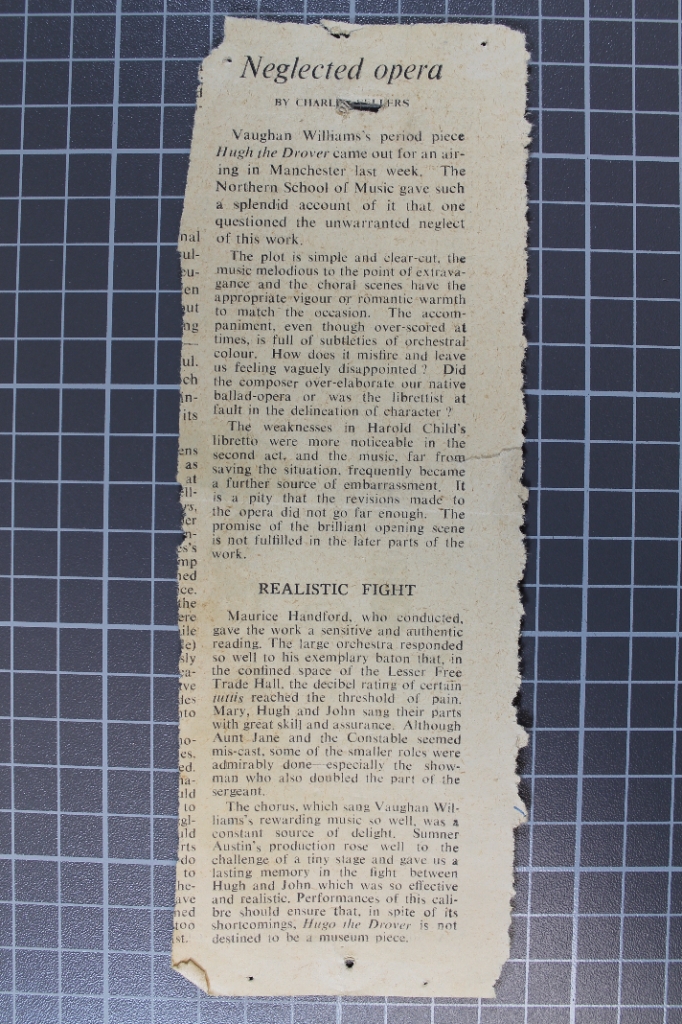 Northern School of Music stages the Vaughan Williams' "Hugh The Drover" at the Lesser Free Trade Hall. Starring Trevor Davies, Delcie Tetsill, Ray Clarke, Hilary Moss and Michael Scott, conducted by Maurice Handford and produced by Sumner Austin.
This could have been the first time this opera was staged in Manchester for two decades, and it seems like they absolutely smashed it.

Part of the #NSM2020 project "A 20/20 Legacy: the centenary of the Northern School of Music" supported by the National Lottery Heritage Fund.
Artefact added : 23rd August 2021
by rncmarchives