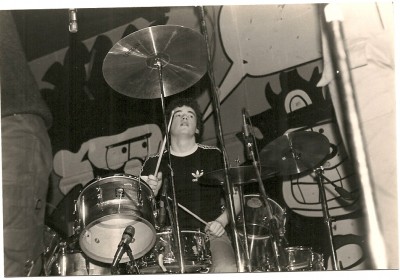 Photo of Armed Force in 1979 at the Cavendish House.

The band were supporting the Angelic Upstarts and this is a photo of Norman Armed Force drummer.

I remember a number of fights in the audience during the gig and a few friends unfortunately being picked on and subsequently injured. Those were the days!!!!!!!!
Artefact added : 7th November 2009
by chips2007