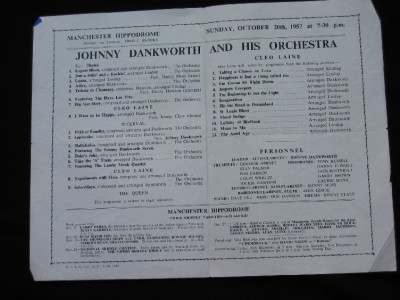 Johnny Dankworth and his orchestra were playing at the Manchester Hippodrome, I don't know if the building is still there but it is or was just near the traffic island at Ardwick Green on Hyde Road.
Another band I saw there at about the same time was Sid Phillips and his orchestra, he was a brillient clarinnetist and the band had a definte style of their own.
Artefact added : 7th December 2010
by PeelGreen