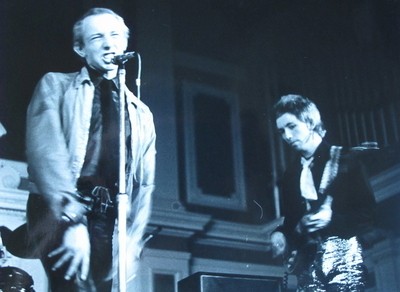 This pic of Devoto/Shelley at the gig with Eater.
This was my first Buzzcocks gig and I was completely hooked.
I missed the LFTH gigs with the Pistols because I was in my first year at Uni, after this gig I kicked that into touch and signed on!
I spent most of the next year trailing round the country after the band cadging lifts from anyone that would have me.