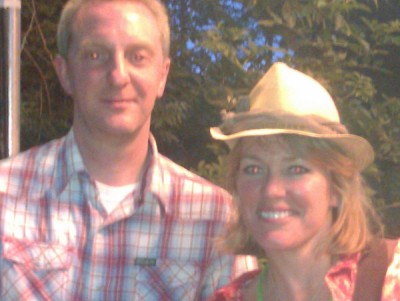 I had the privilege of being Poet In Residence for Glastonbury Festival in 2011. I was live on BBC6Music with Cerys Matthews from the BBC compound behind the Pyramid stage during Elbow's stunning set on the Saturday night. I wrote a poem "Teenage Kicker Conspiracy" in tribute to John Peel which Cerys loved and which made Jo Whiley cry when I also did it live on her show on Radio 2 (from Oxford Rd) a few days later. I was quite chuffed seeing as I'd written it under pressure on the day.

After referencing the well documented music stuff about Peelie, the poem makes the point that performance poetry is also amongst the many scenes that owes a debt to the man. I grew up listening to John Cooper Clarke, Linton Kwesi Johnson, John Hegley, Ivor Cutler etc on his show

The BBC website has given it it's own page where you can listen again at the link below.
Artefact added : 14th July 2011
by Tony/Longfella