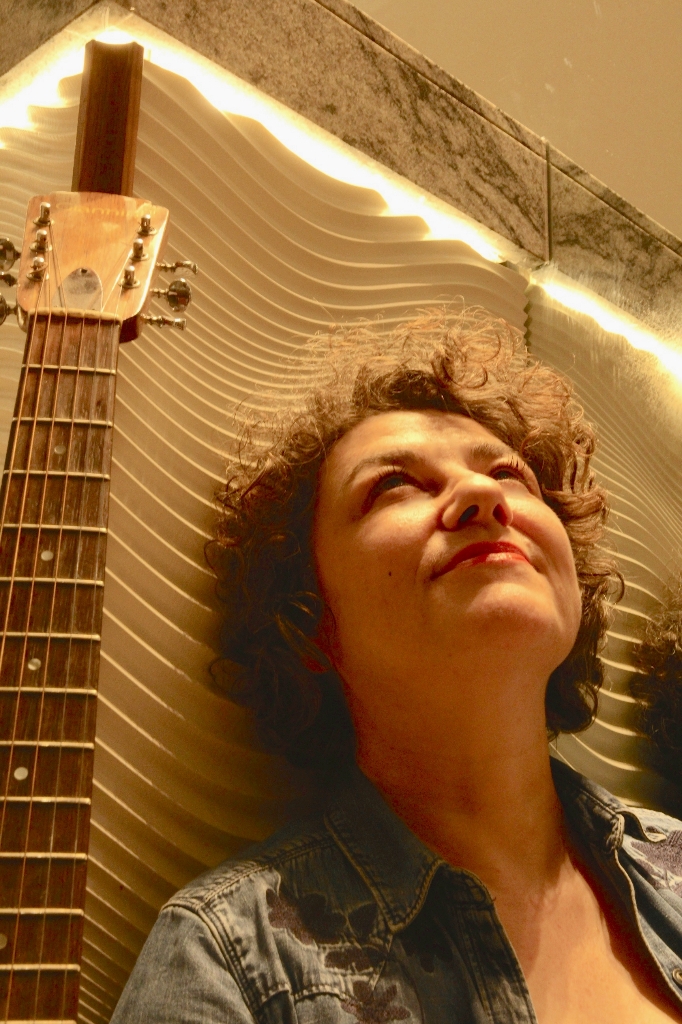 I was born in Crumpsall Hospital, Manchester and brought up in Rochdale and Bury until I moved to Rusholme in my very early 20s. The music mostly came from my mums side of the family and the entrepreneurship from my Dads. I was always mad about music - if it moved me in some way it was good.

Me and my cousin you used to go and stay at our older cousins, her husband played guitar and gave me a couple of lessons and from there my love of music got deeper. My cousin was quite a big influence on me, she was older and introduced me to lot’s of bands towards the end of the 70s and Unknown Pleasures by Joy Division. I remember when Ian Curtis died and reading about it in the Manchester Evening News, they were probably the first serious band I got into and made a big impact on me musically.

I was pretty much told that I wouldn't amount to much but there were four things that I loved animals, my nan, my gran and music. So it was either going to be looking after animals, older people or getting into something music related. One day I heard an ad on Piccadilly Radio for a YTS course, the only thing I heard was that you could even get a place at Piccadilly Radio. I rocked up, spoke to the boss and she said what do you want to do? My answer being “I want to work in music”, She laughed. I said “you said on the radio that there were places at Piccadilly Radio so I want to do that”. It was my foot in the door to the world I wanted to be, at 16 I was working in the record library working for Head of Music Mike Shaft, he encouraged me to do what I wanted to do and always introduced me to people coming in and out of the library. Tony Michaelides came in one day and we got talking about music and he said why don't you come and help me on my show, It was the Last Radio Programme. This totally changed my life. He was playing music that I loved and introduced me to more, we helped the careers of so many artists here including The Stone Roses. Whilst working on the show I got a job at Piccadilly Records and then one day Mathew who owned the International Club offered me a job their doing PR. From working on Tony’s show and working at The International Club I was constantly meeting new bands needing support and I started thinking more about doing my own thing. My friend Debs managed to get us an office for £5 a week on Whitworth Street and got her mate Graham to help us decorate it. I’d just set up Playtime Records and Debs was running her fanzine M62. I got talking to Graham about his band the Inspiral Carpets and we were soon planning their debut single the Planecrash EP released in 1988. I then moved to Princess Street and started a regional PR Company working with artists including Spiritualized, Neneh Cherry and Massive Attack.

I continued to release records on Playtime by artists such as The New Fads, Molly Half Head and Swirl. I got funding for Playtime and then moved to London around 1994 and continued to sign bands and release records until 1997. Around 1998 I started working at Chris Blackwell's Company Palm Pictures signing Cousteau and Angel Tech before taking time out to study a degree. I then went on to work with Cathal from the band Madness running his publishing company where I signed Just Jack and hip hop collective Border Crossing. After that I drifted away from the music business working in events then re-training to become a digital project manager. I mostly work as a freelancer working for advertising agencies and media groups. I’ve been working over at The Guardian for the last 7 months, where I have worked previously. Even though I still live in London it’s nice to be a part of something that was created in Manchester and still has its integrity intact.

Although I’m not involved with music business as a career anymore I still love music and also enjoy writing and playing guitar. Wherever I am, music is still there driving me along, messing with my emotions - without it I am nothing.
Artefact added : 13th February 2018
by mdma_volunteers