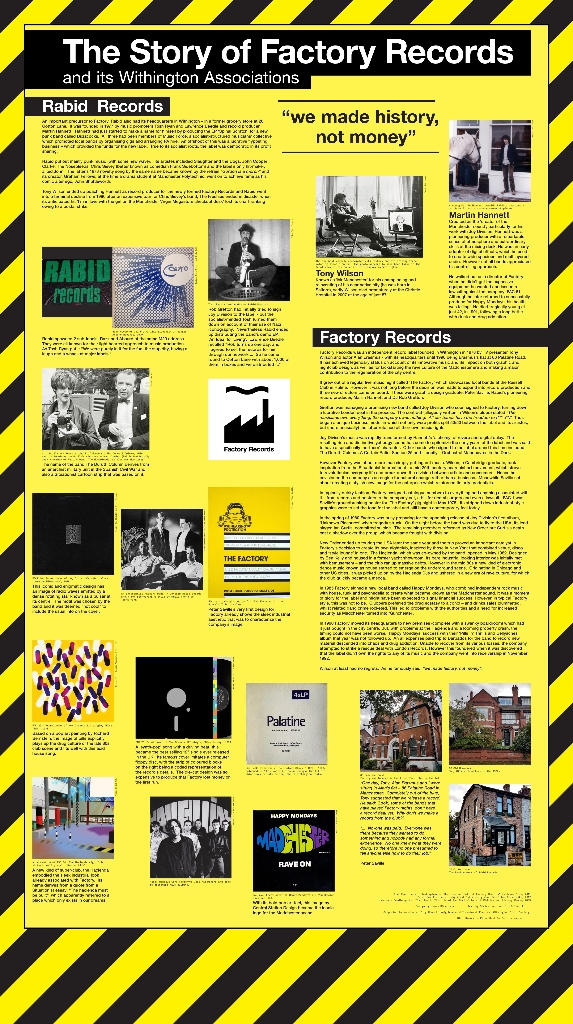 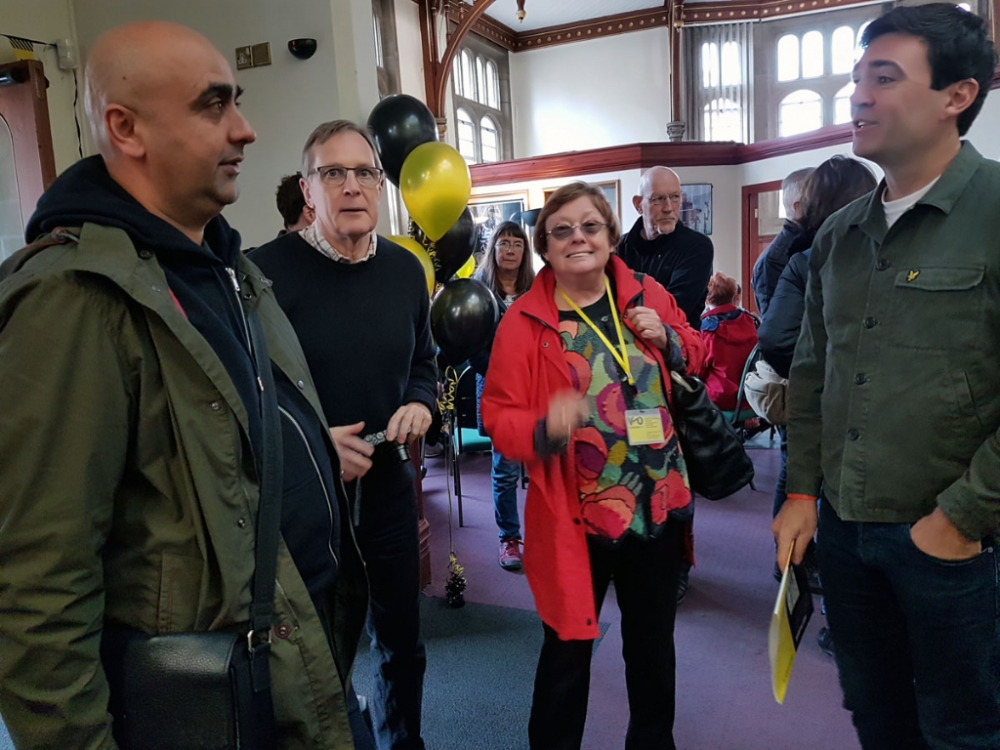 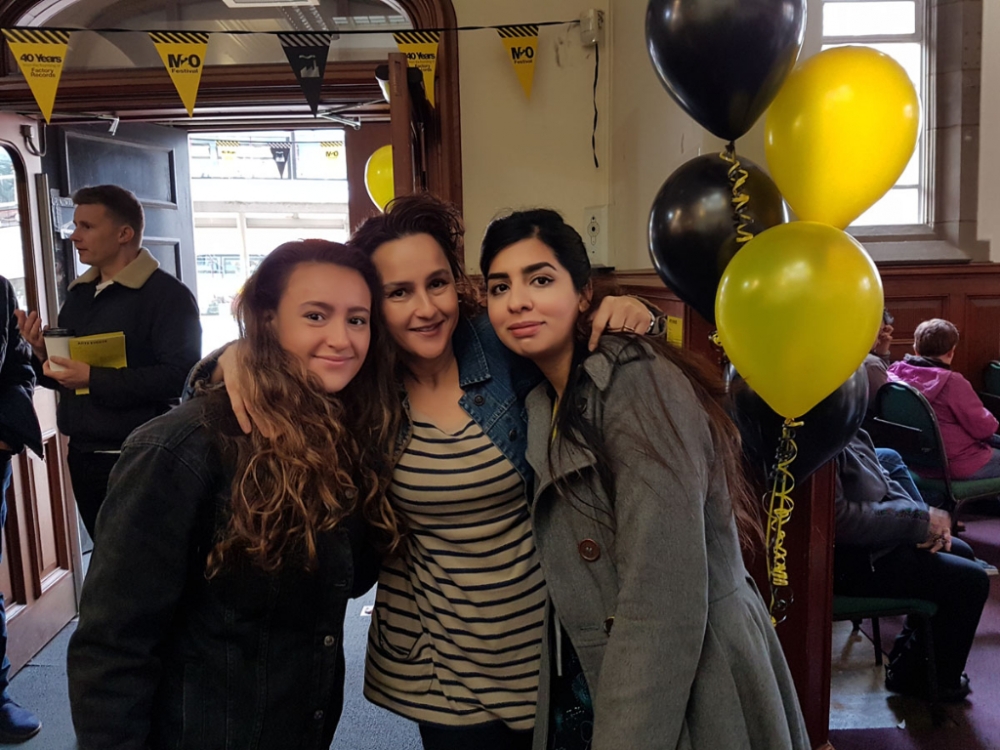 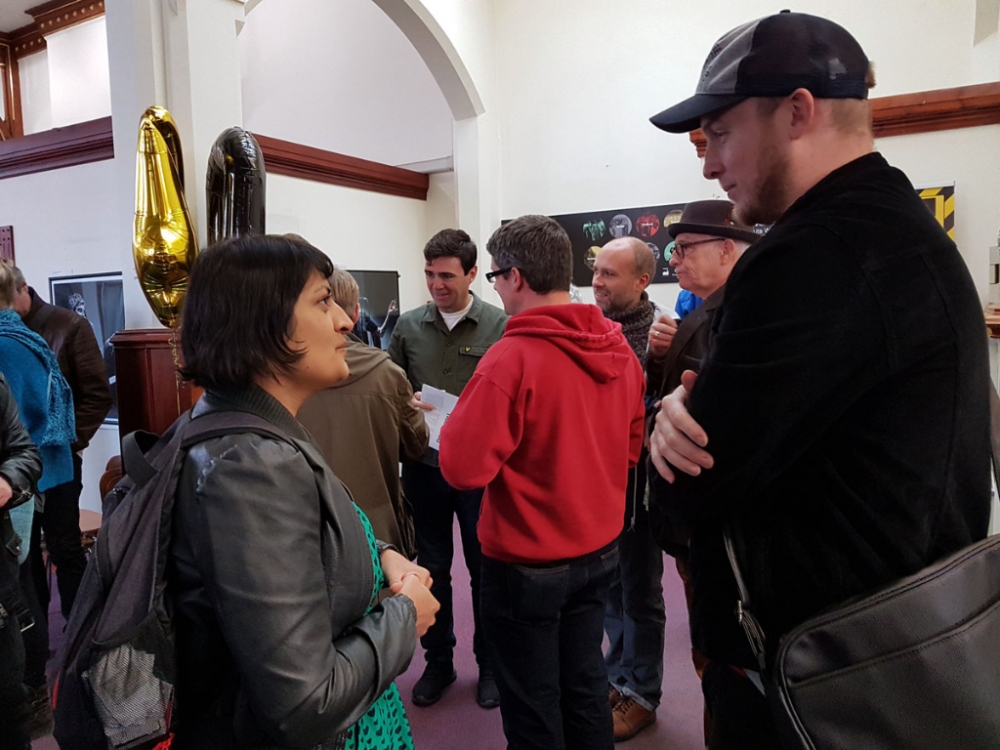 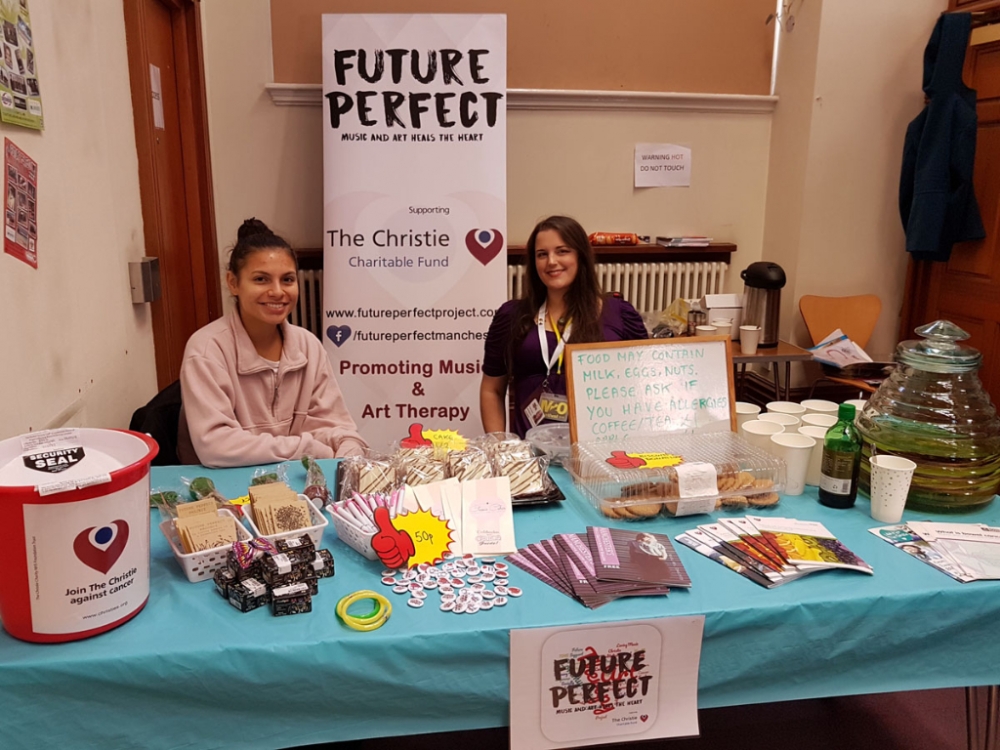 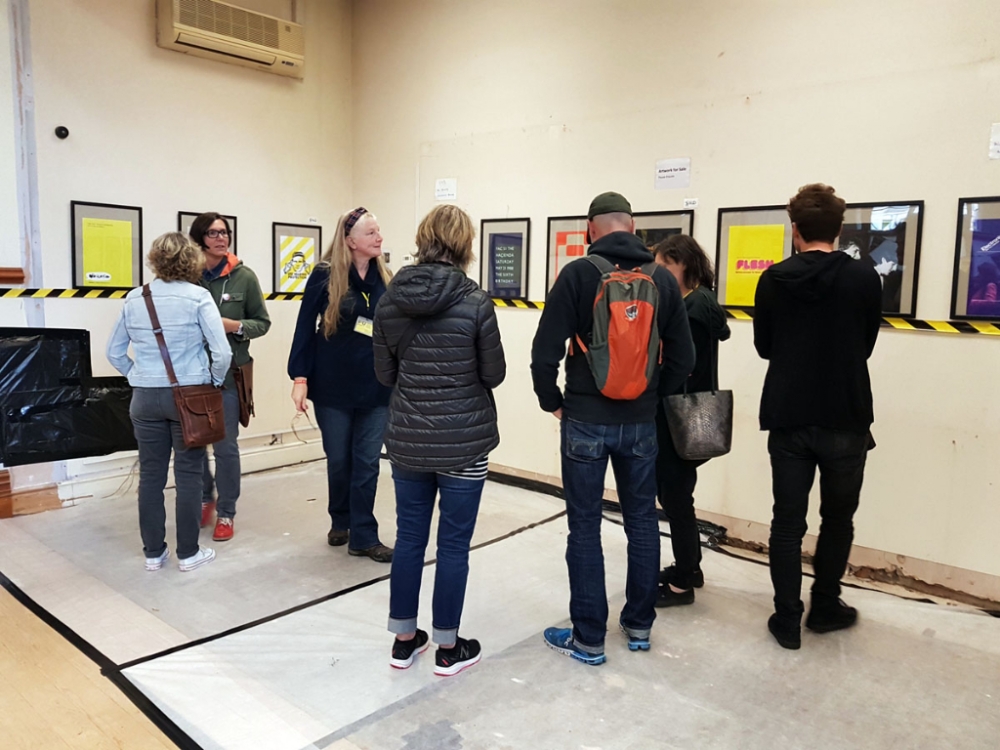 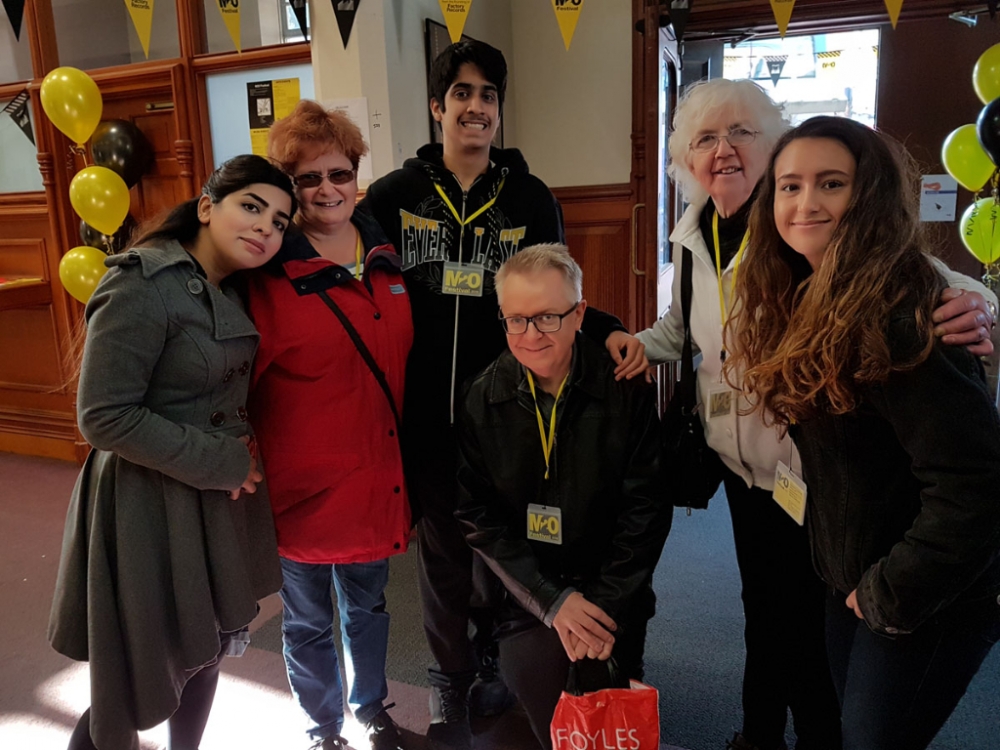 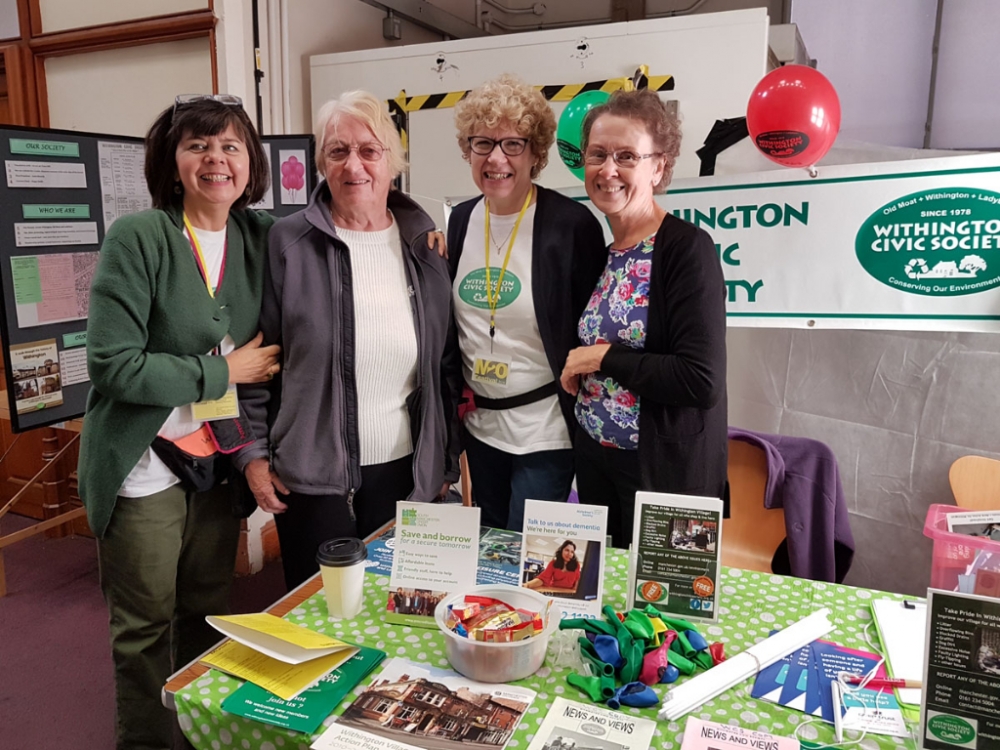 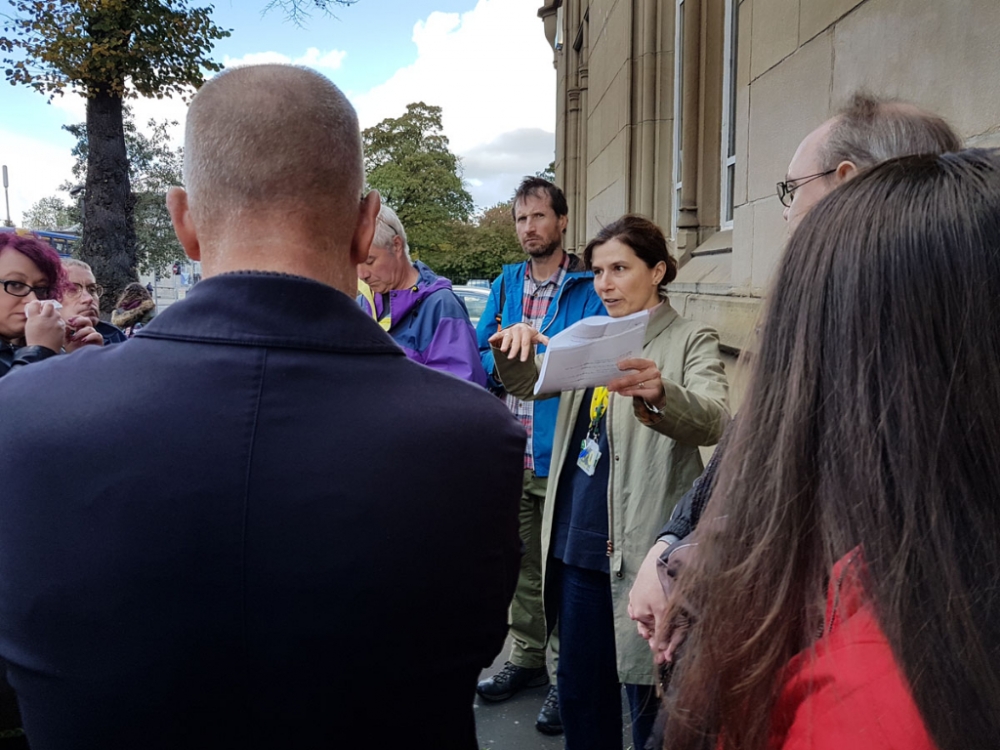 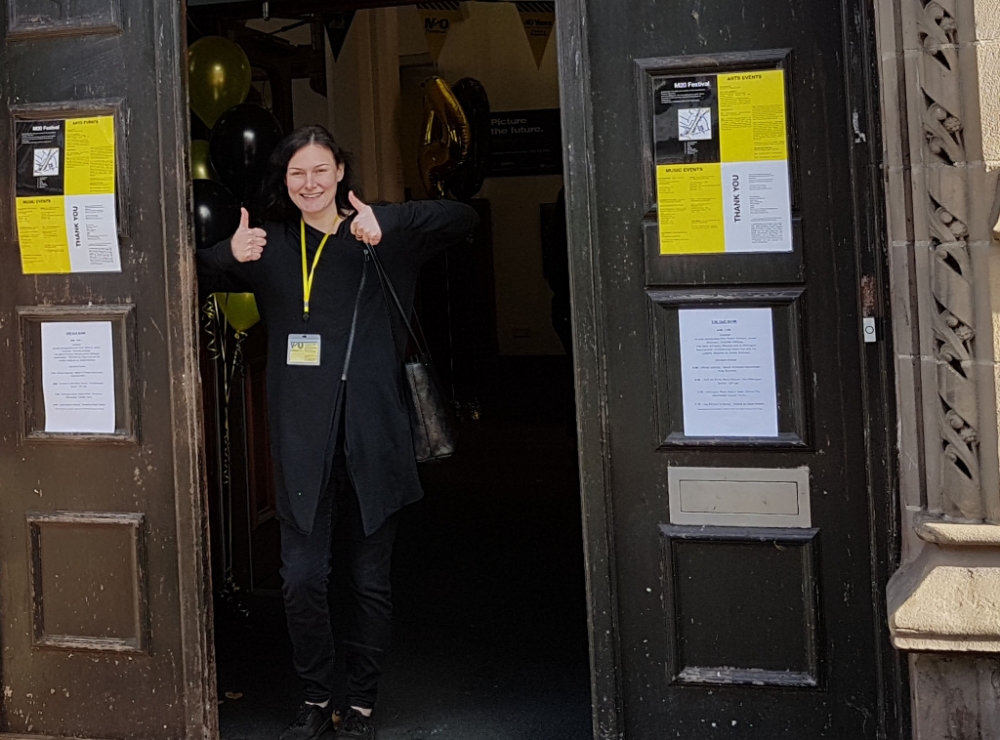 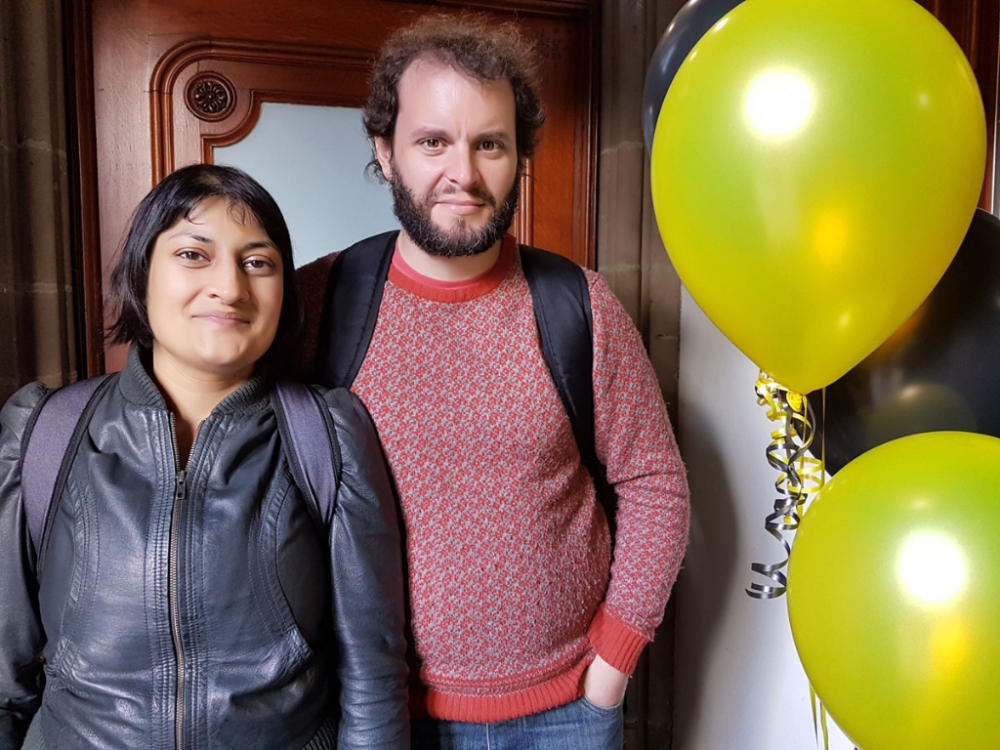 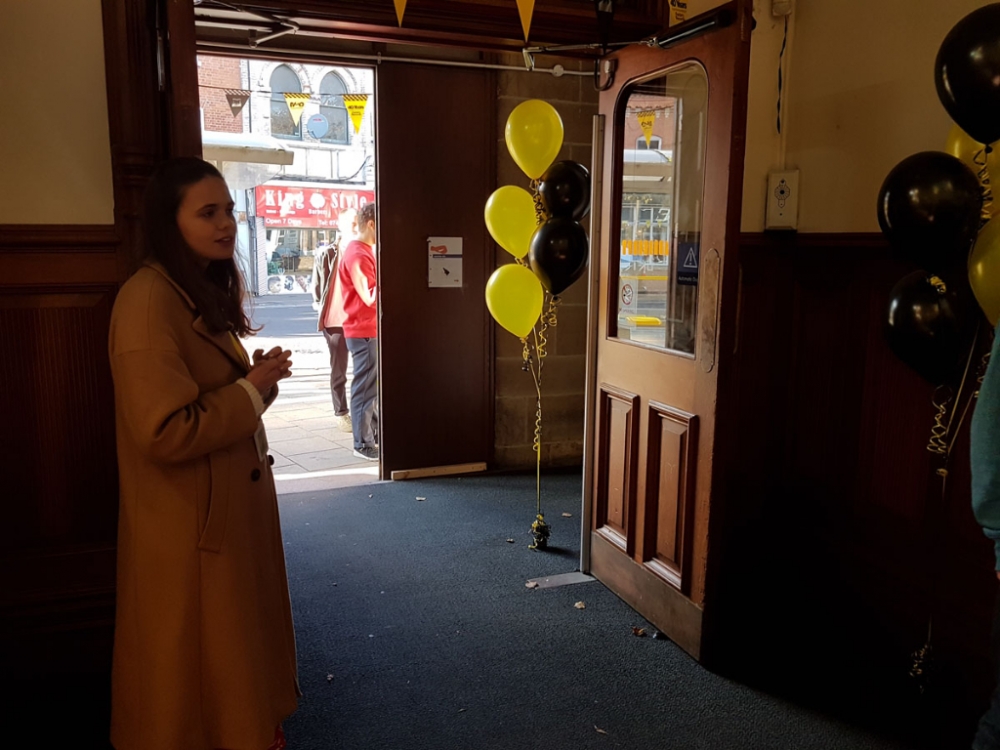 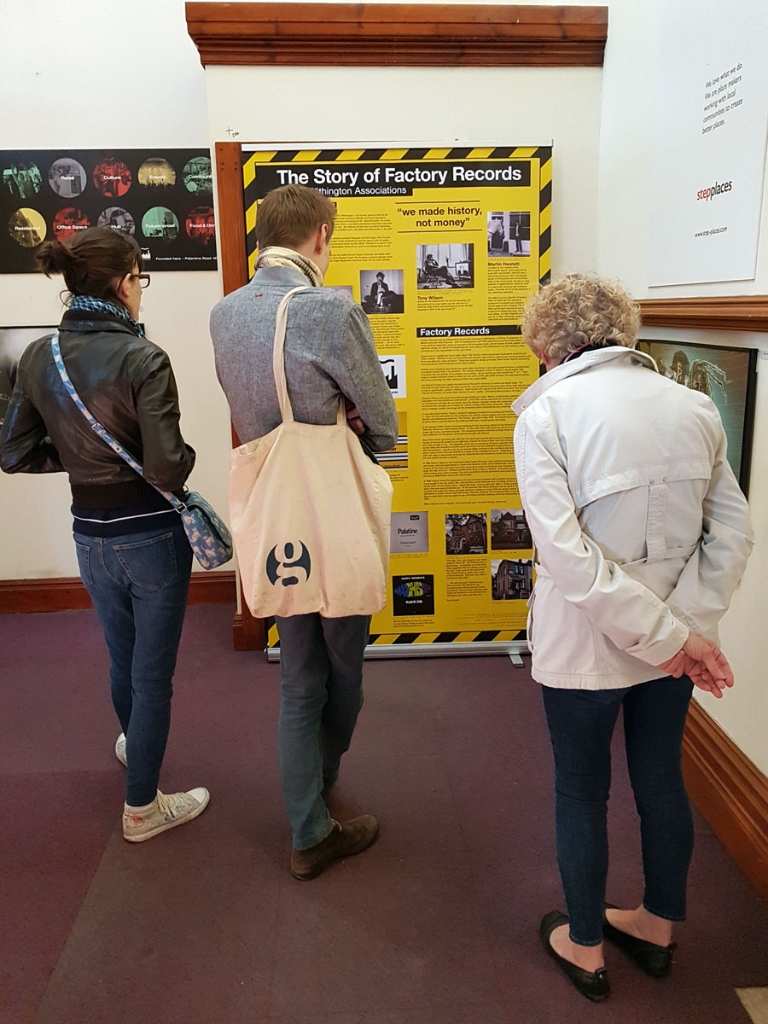 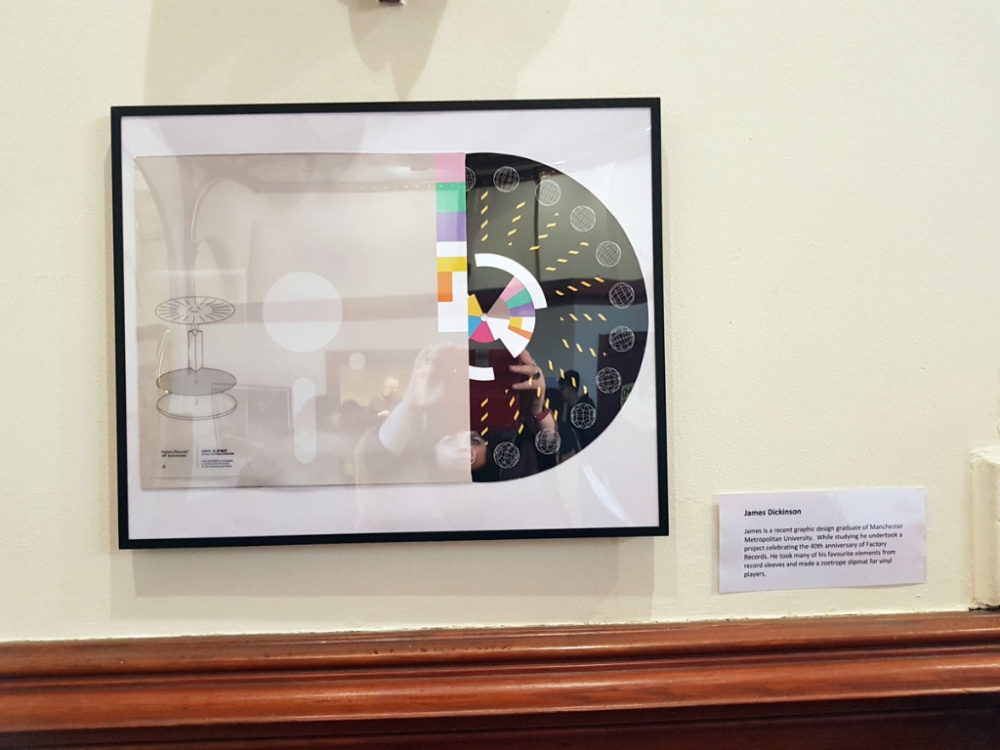 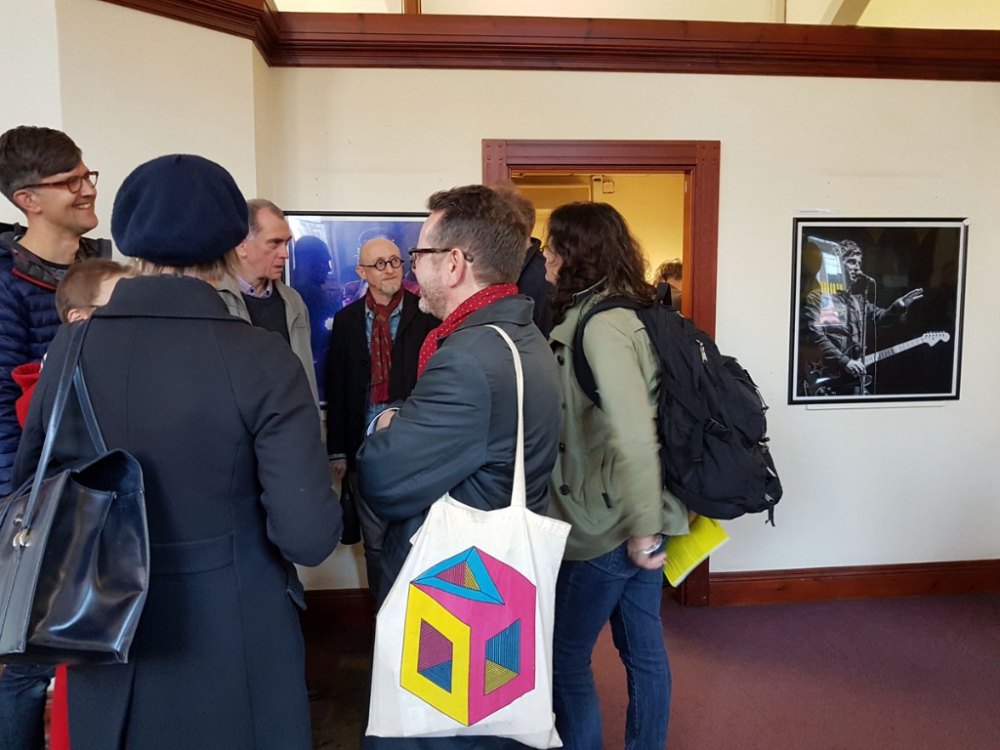 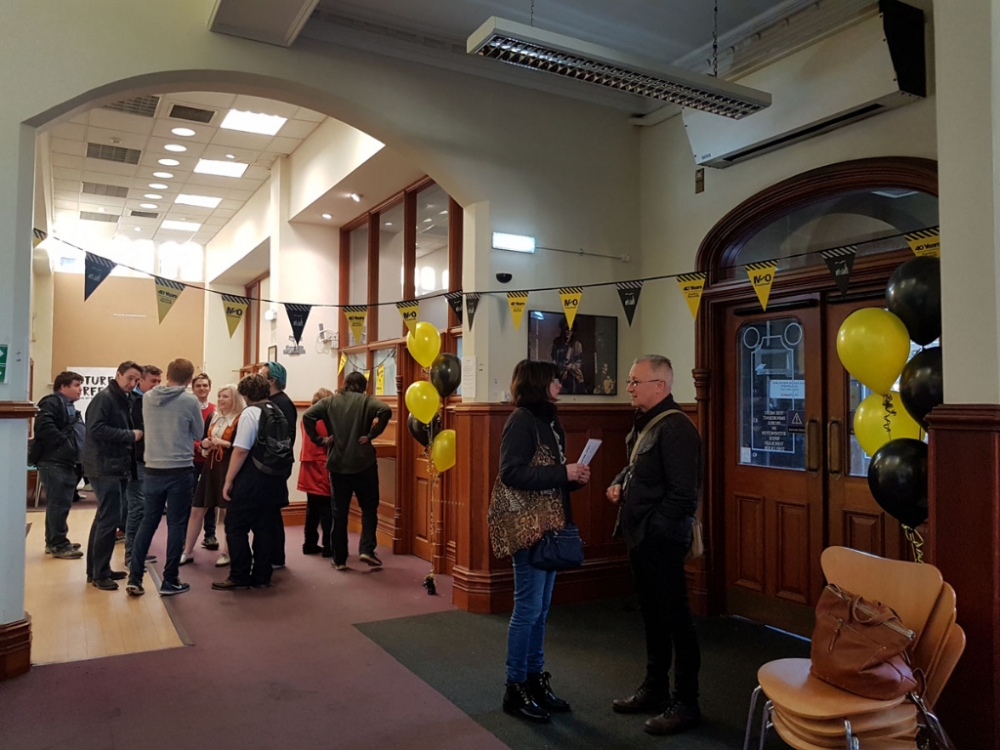 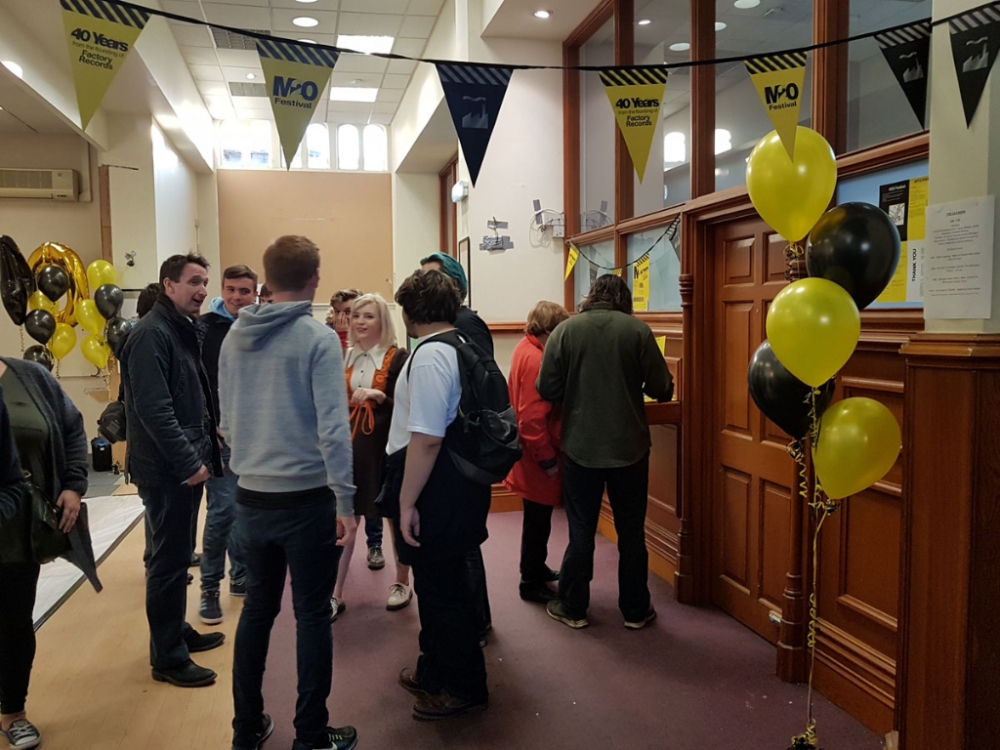 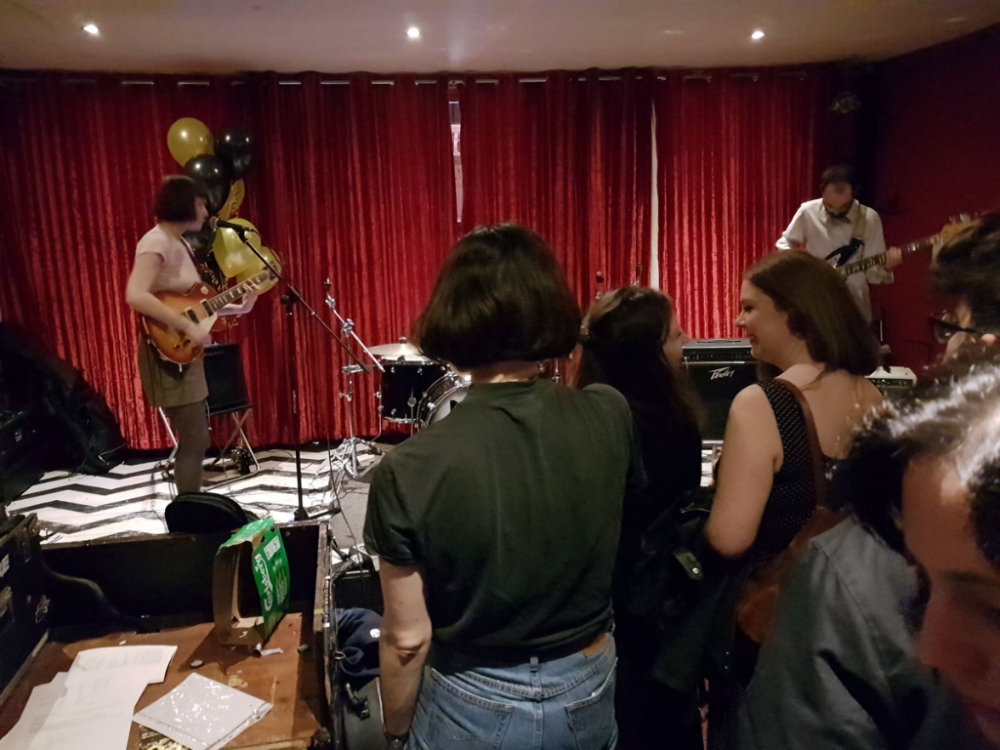 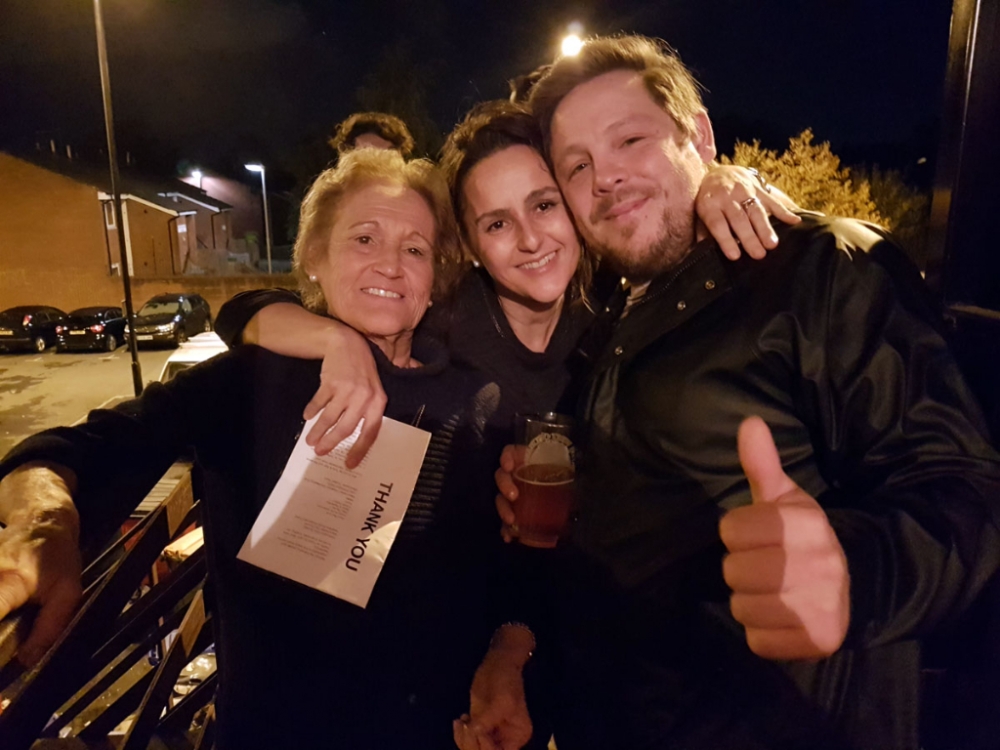 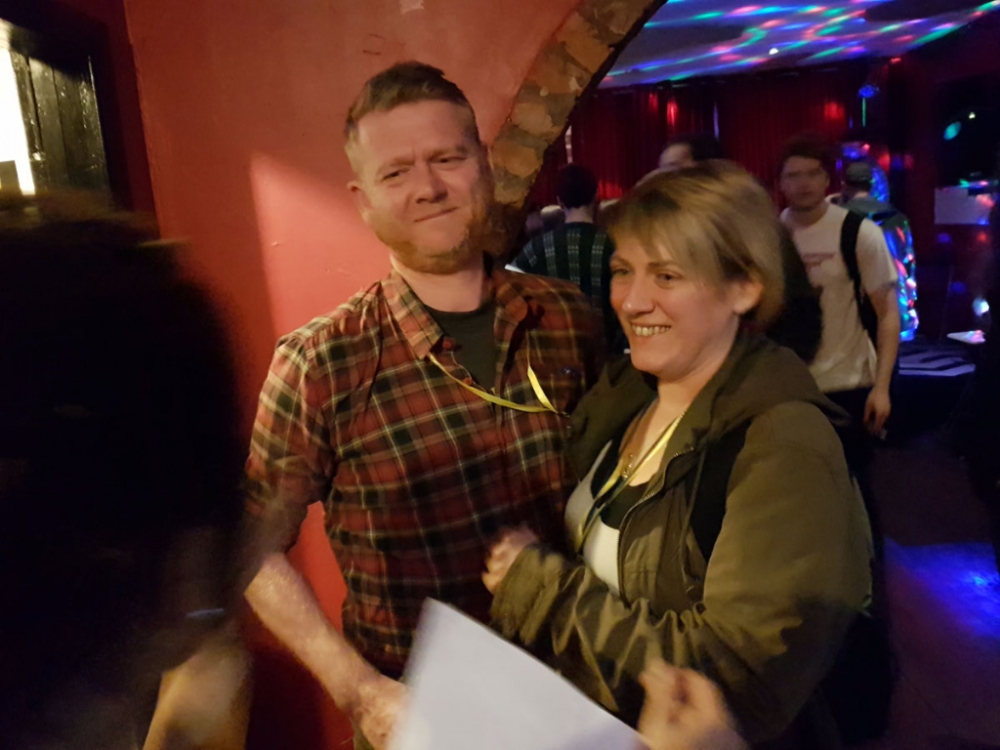 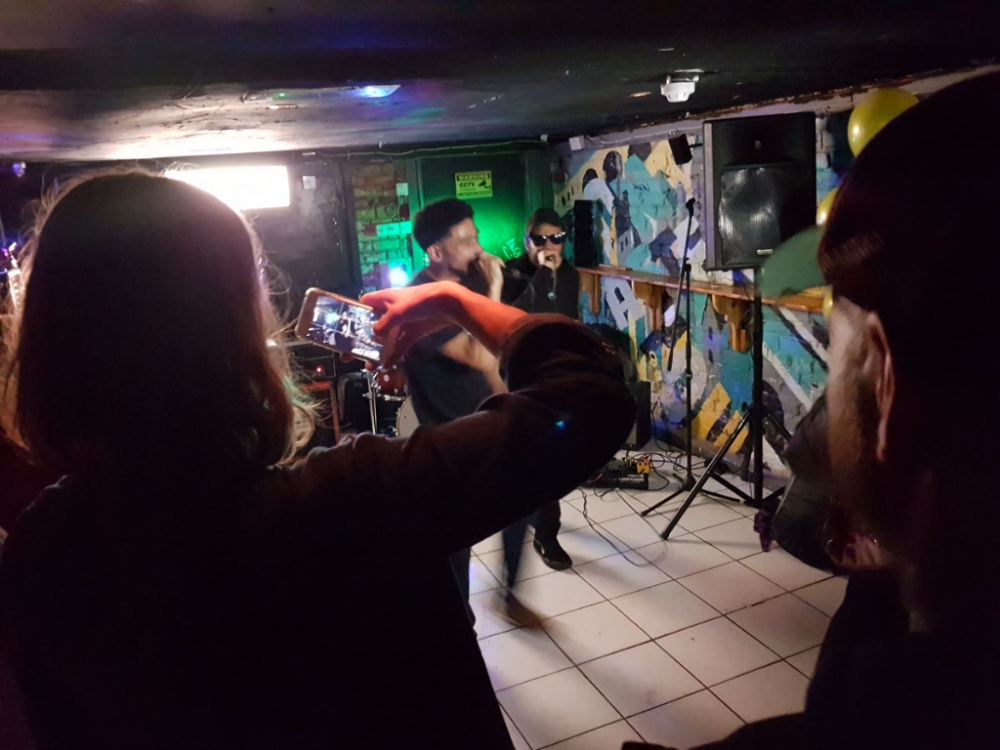 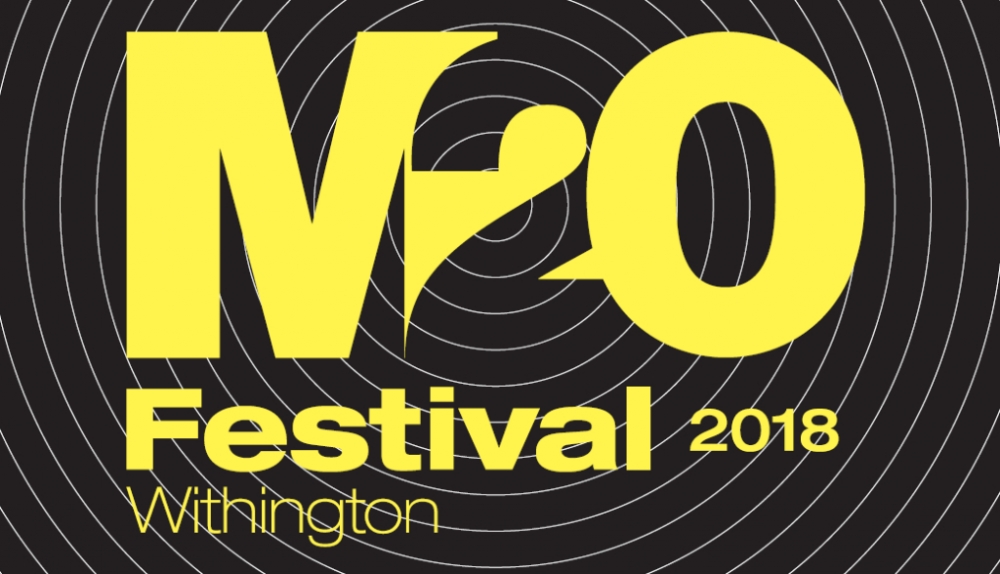 The images are from the M20 Festival in Withington, Manchester - a free music and arts celebration of the 40th anniversary of the founding of Factory Records (at 86 Palatine Road, Withington Ward) on Saturday 6 October 2018 (multiple venues). The event was presented by Withington Civic Society in association with Deco Records and MIMR. It was funded by Manchester City Council Neighbourhood Investment Fund and also Withington Civic Society, with additional contributions from the venues involved.

The principal organiser was Esther Ford of Deco Records in Withington. Andy Burnham, the Mayor of Greater Manchester opened the event, which included exhibitions (music photography by Charlotte Wellings, Factory designs by Trevor Johnson, a Factory inspired slipmat by James Dickinson, plus a micro-exhibition about Factory), a talk about popular music in Withington by CP Lee and a reading and discussion about fiction and non-fiction inspired by Factory hosted by Dave Haslam with guests David Gaffney, Louise Marr and Nicholas Royle; also a screening of 'Cowboy Dave', a film by director Colin O-Toole about his childhood encounter with Dave Rowbotham (The Durutti Column, The Mothmen) and a guided walk, 'Withington Factory Music History Tour' by Emma Fox. There was live music and DJs starting at Deco Records in the afternoon and continuing at Solomons, Fuel, The Victoria, Indigo and The Orion in the evening. There were many bands and DJs involved, including ACR Soundsystem, Transmission (the Sound of Joy Division) and DJ Leo B Stanley.

I can provide details of all the many bands - but the only ones I know by name that are in the photos are Leo B Stanley and ACR Soundsystem.

The full programme can be found on our website here:
m20festival.files...

A readable full resolution of the banner exhibition 'The Story of Factory Records and its Withington Associations' can be found on the Withington Civic Society website and you can view it here:
drive.google.com/...

The design work is by James Dickinson, a recent graphic design graduate of MMU. The photos are mine. 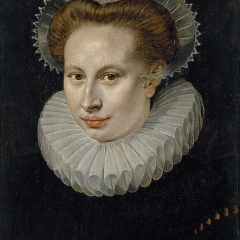 bacchantegirl Says –
Thanks :)
If you'd like to leave a comment, please Login. Login
Manchester Digital Music Archive is licensed under an
Attribution-NonCommercial-ShareAlike 4.0 International License.
Charity no. 1164179
Our archive currently contains 3860 Bands, 758 DJs, 1458 Venues, 316 Industry Professionals and 29648 artefacts contributed by 4039 members.