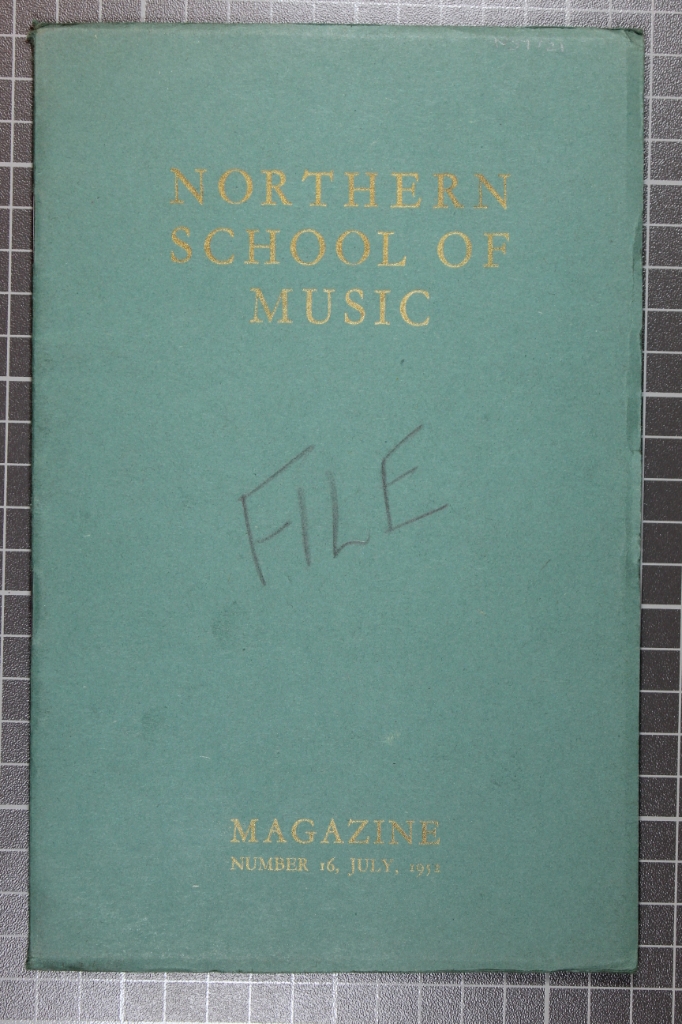 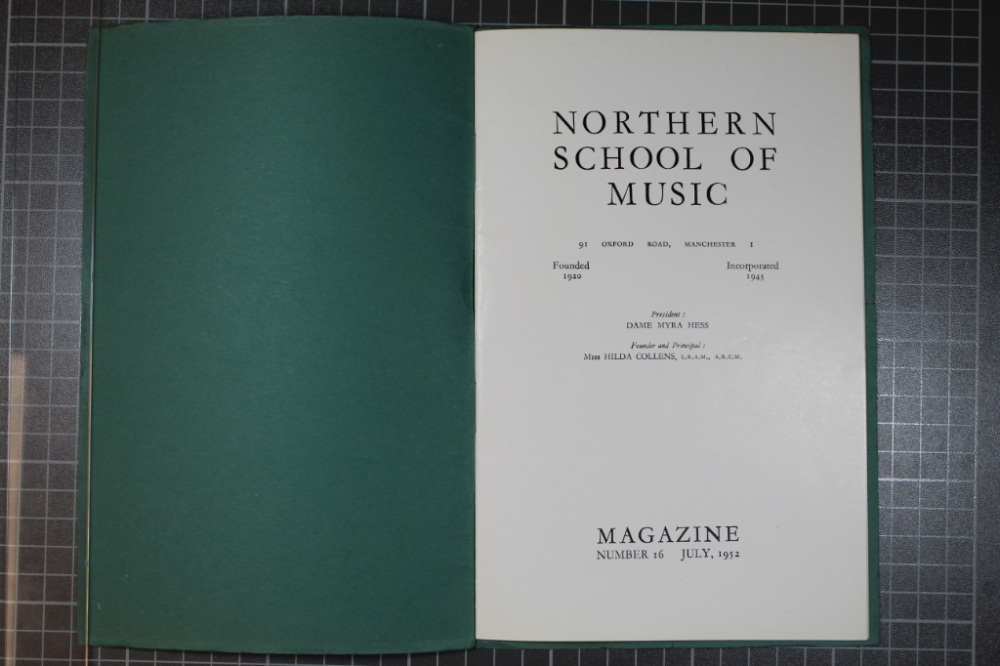 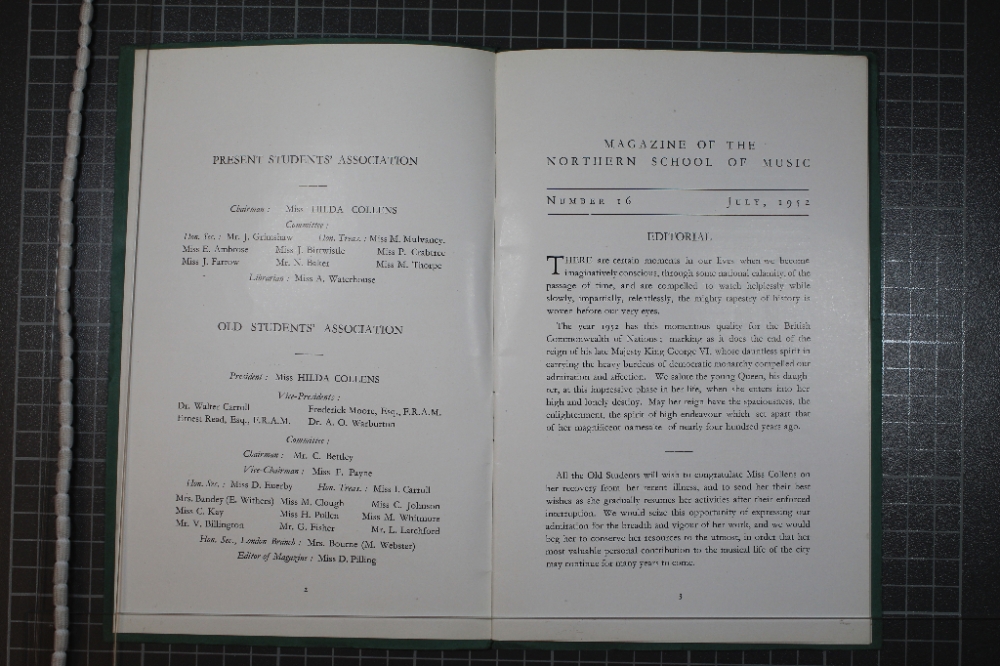 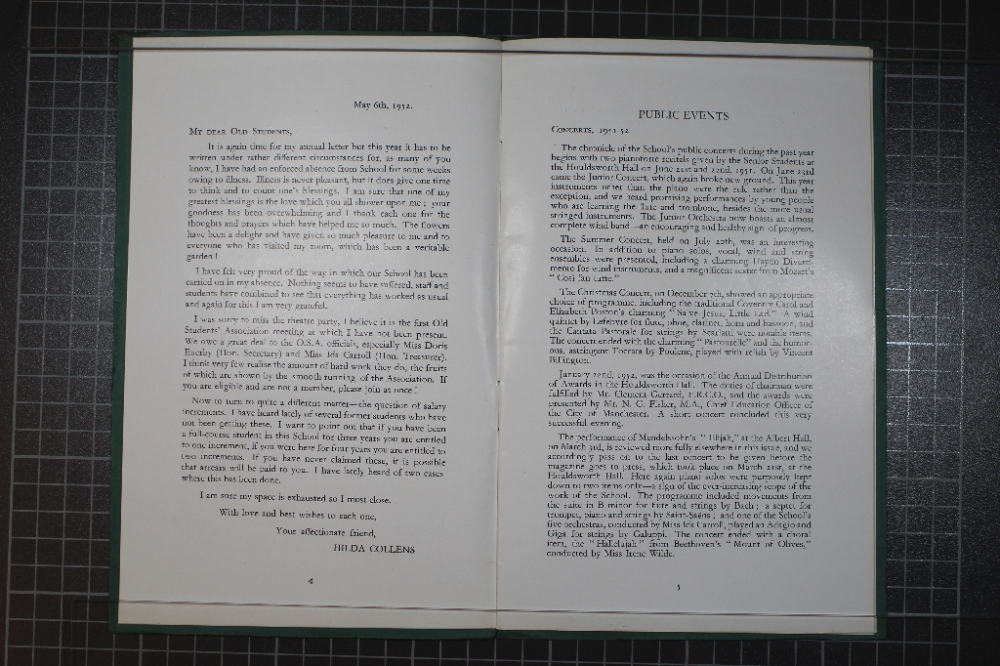 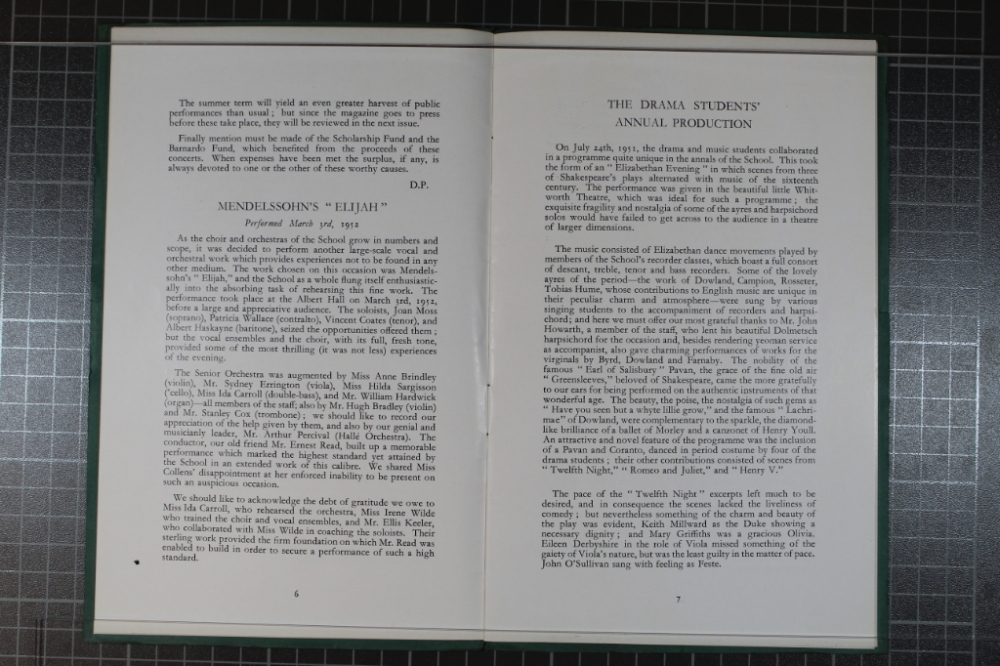 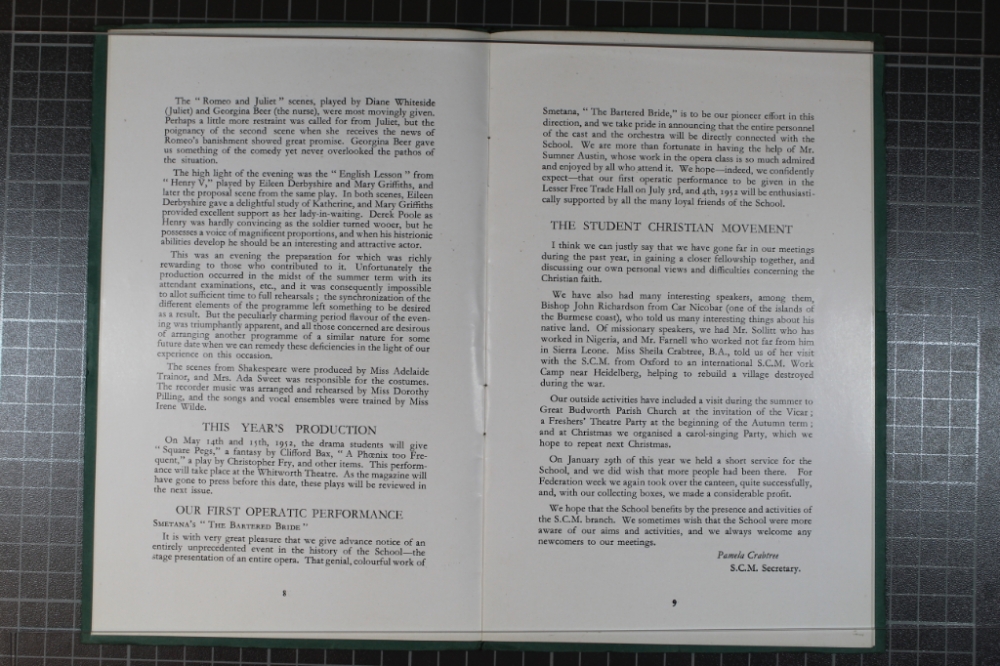 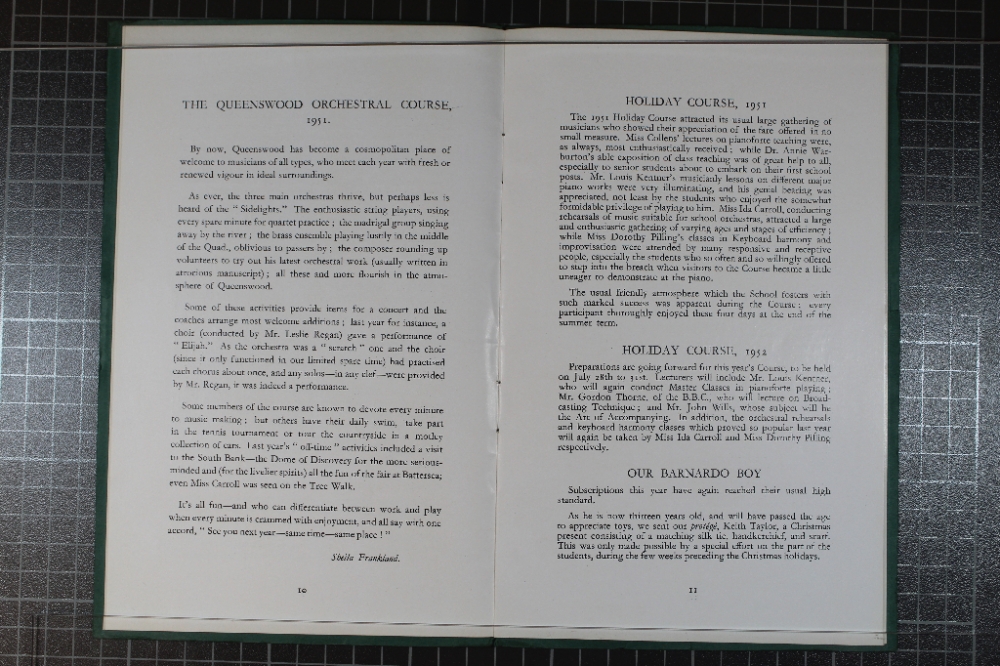 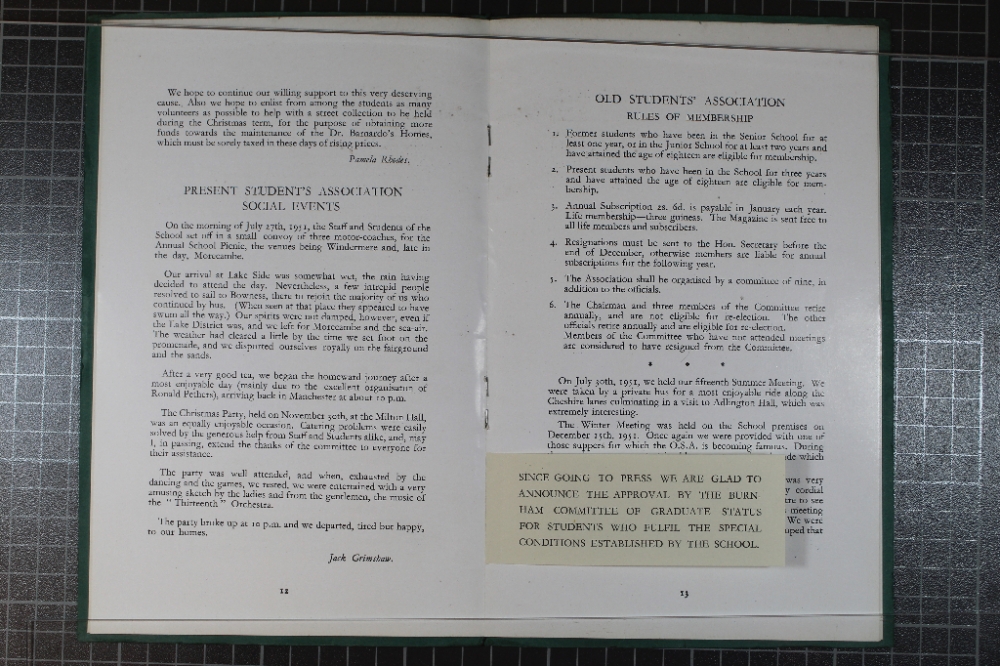 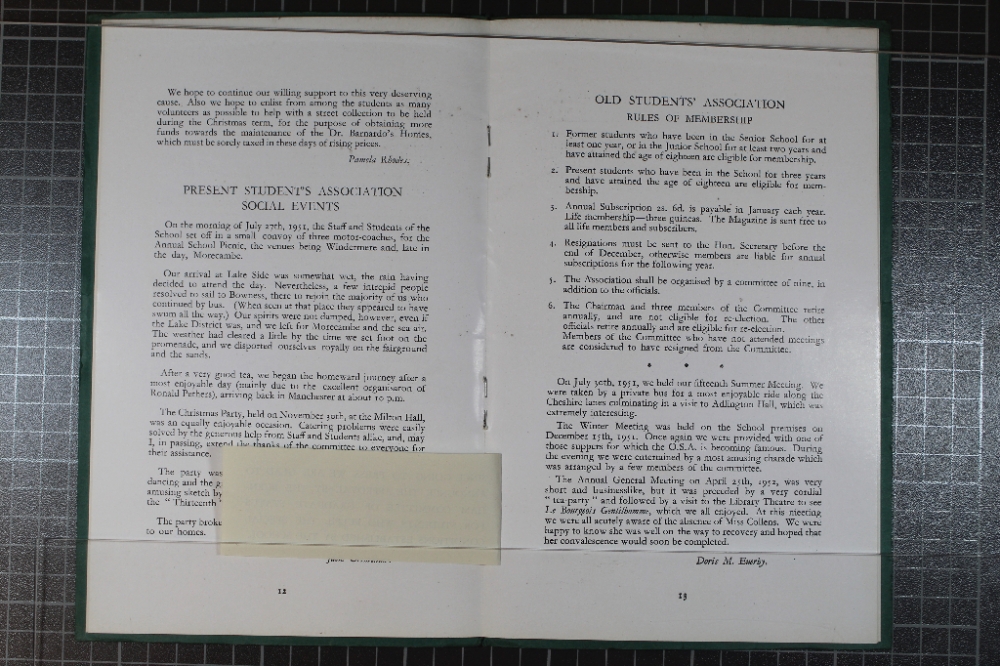 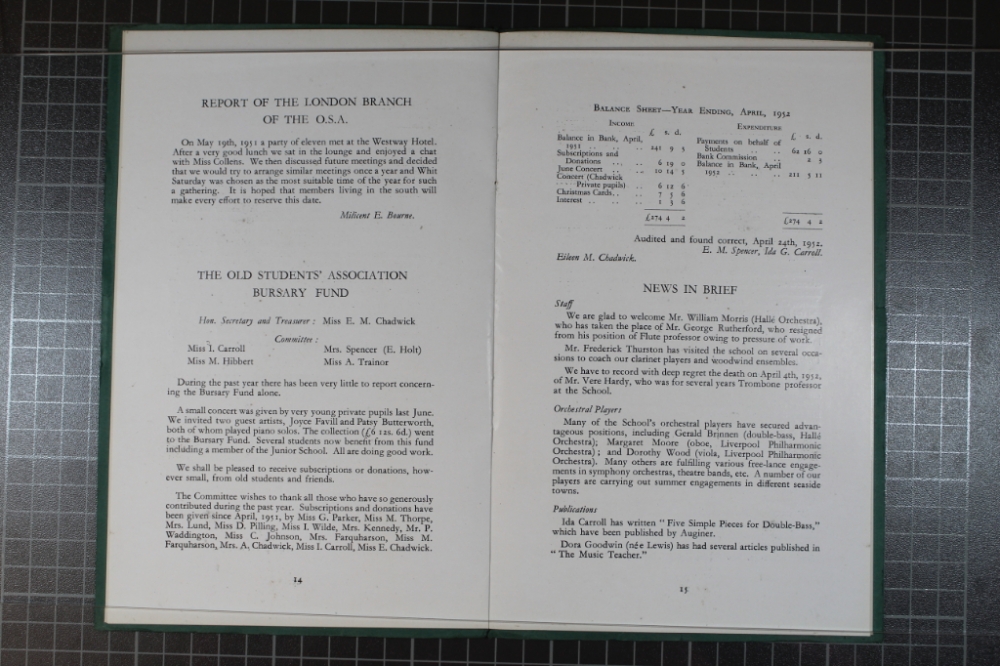 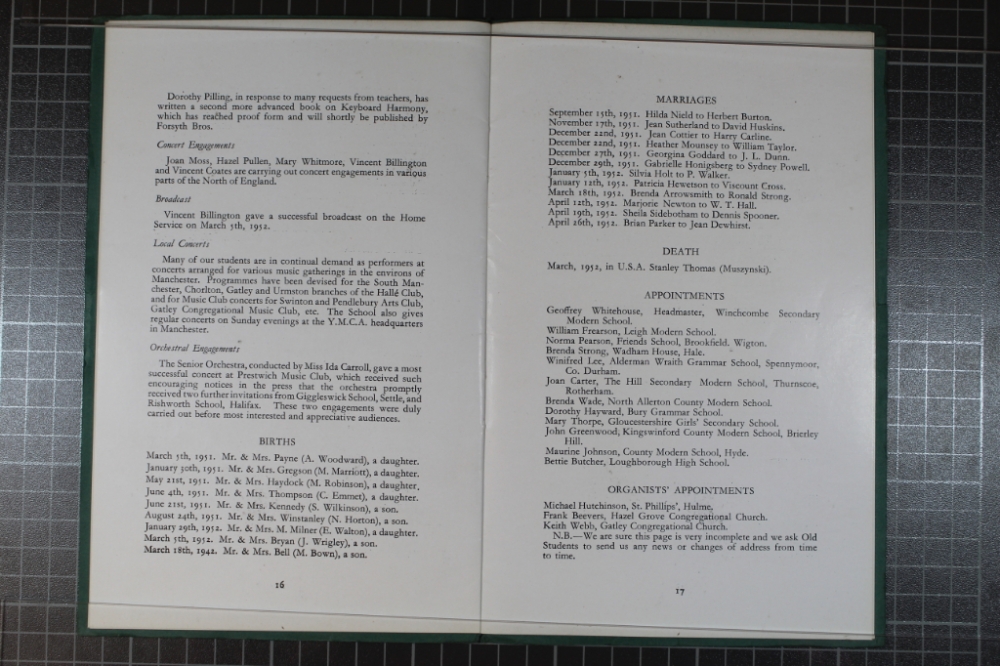 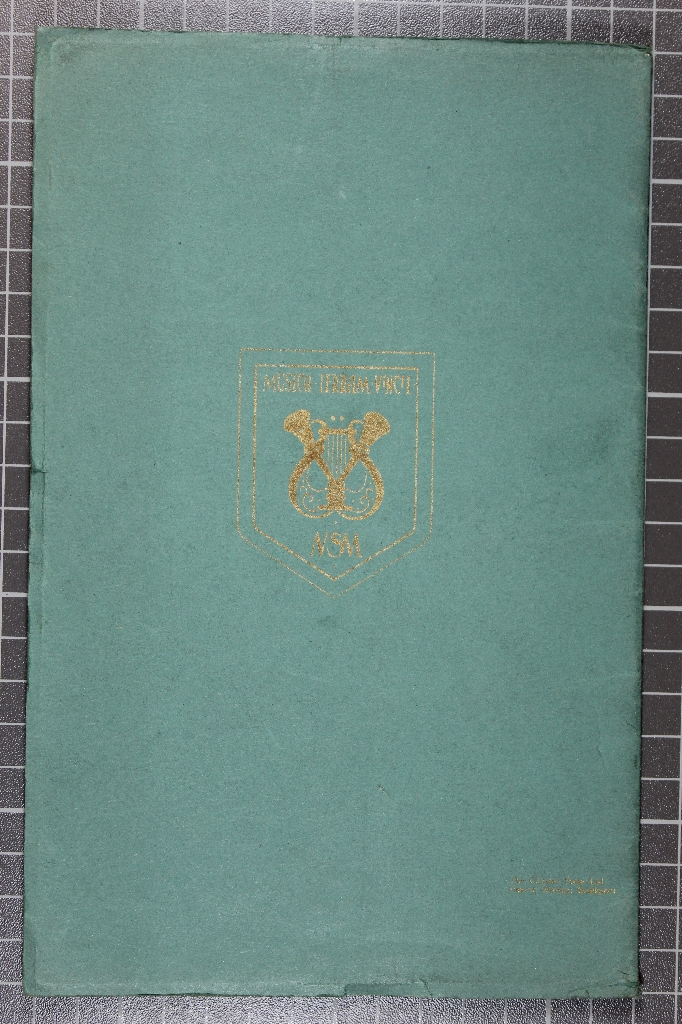 Official magazine of the Northern School of Music, covering the academic year 1951-52.
This issue provides an insight into early post-war life at the school with the mention of the coronation of Queen Elizabeth II, proving to be a notable milestone for those who lived through the war moving onto brighter times.
The school's principal, Hilda Collens, had recently recovered from a serious illness, so the details of events are those predominantly organised by those in her place.
These include numerous concerts, the drama student's annual production and the school's first operatic performance (Smetana's "The Bartered Bride").
The Student Christian Movement held a number of guest speakers at the school, including a bishop from Car Nicobar (an island near the Burmese Coast) and a member of the SCM who helped rebuild a village destroyed during the war.
Pages 18-24 have been censored to protect personal data.

Part of the #NSM2020 project "A 20/20 Legacy: the centenary of the Northern School of Music" supported by the National Lottery Heritage Fund.
Artefact added : 11th March 2020
by rncmarchives