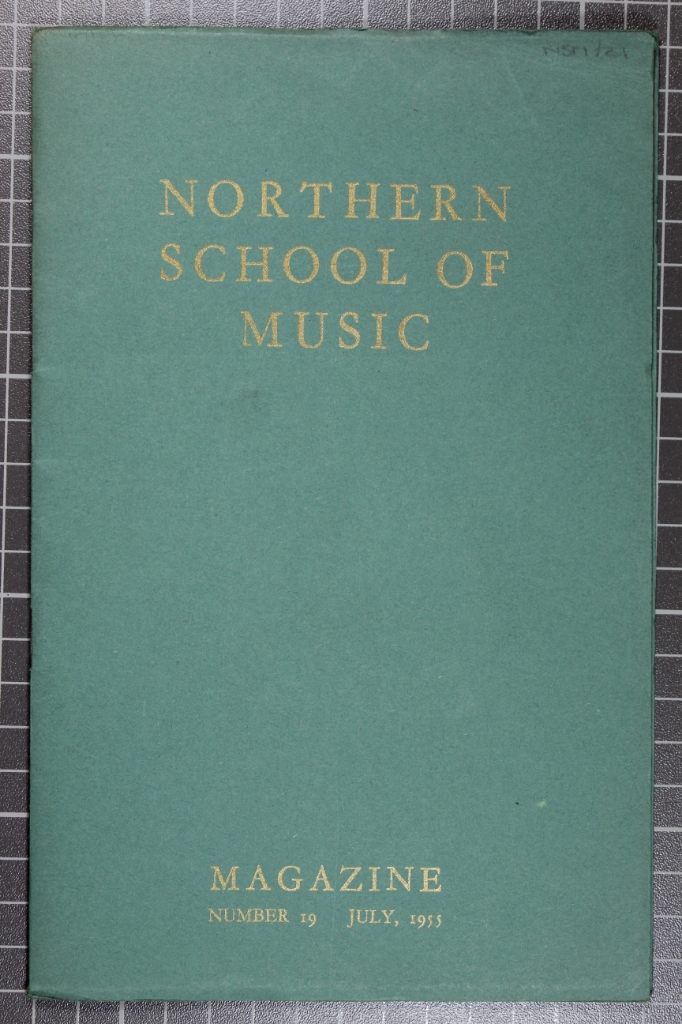 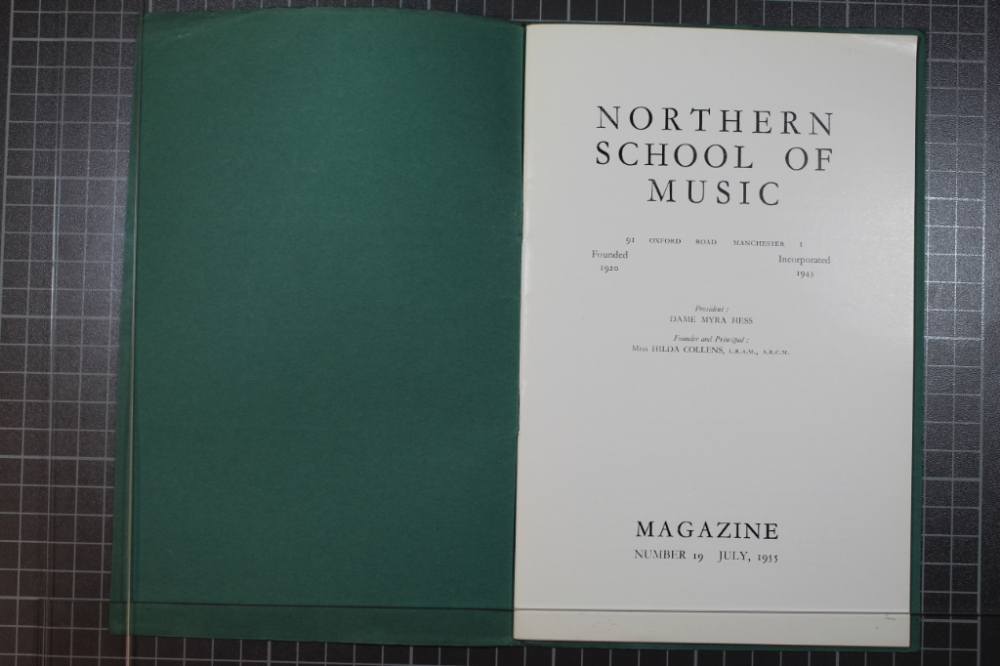 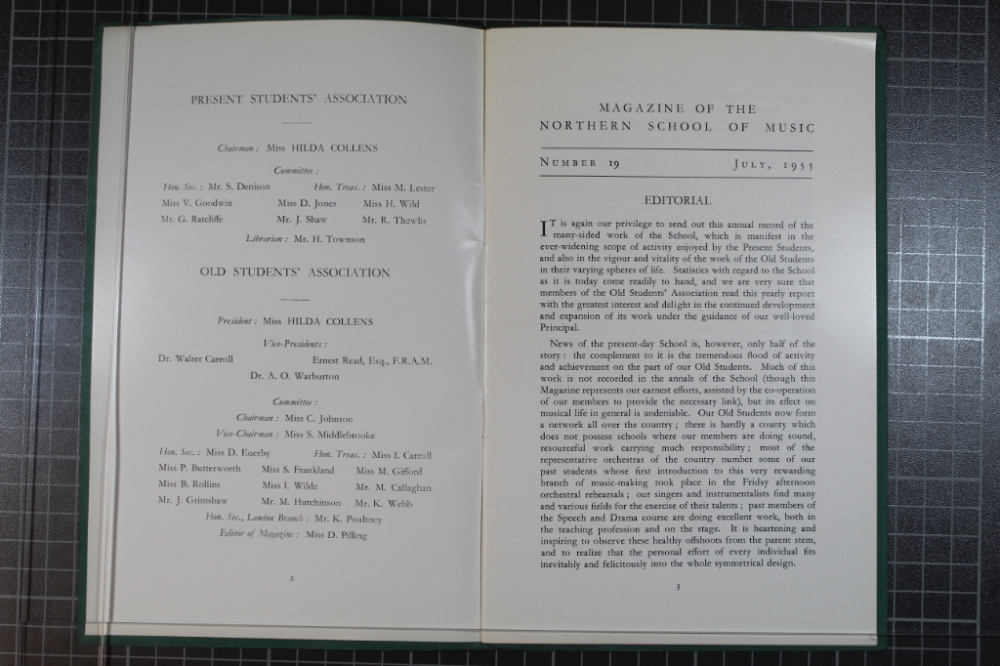 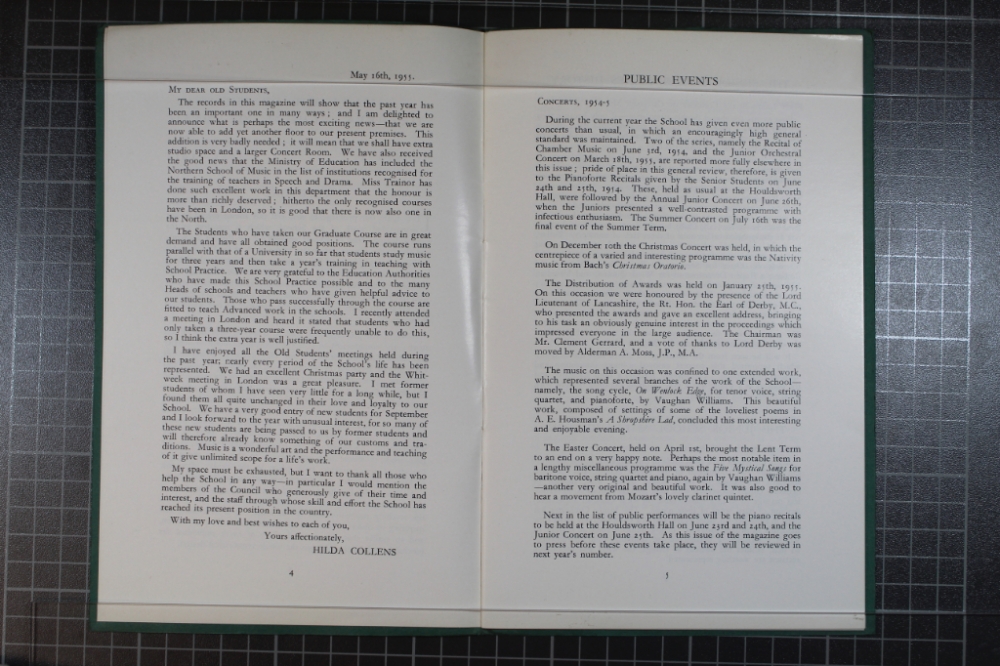 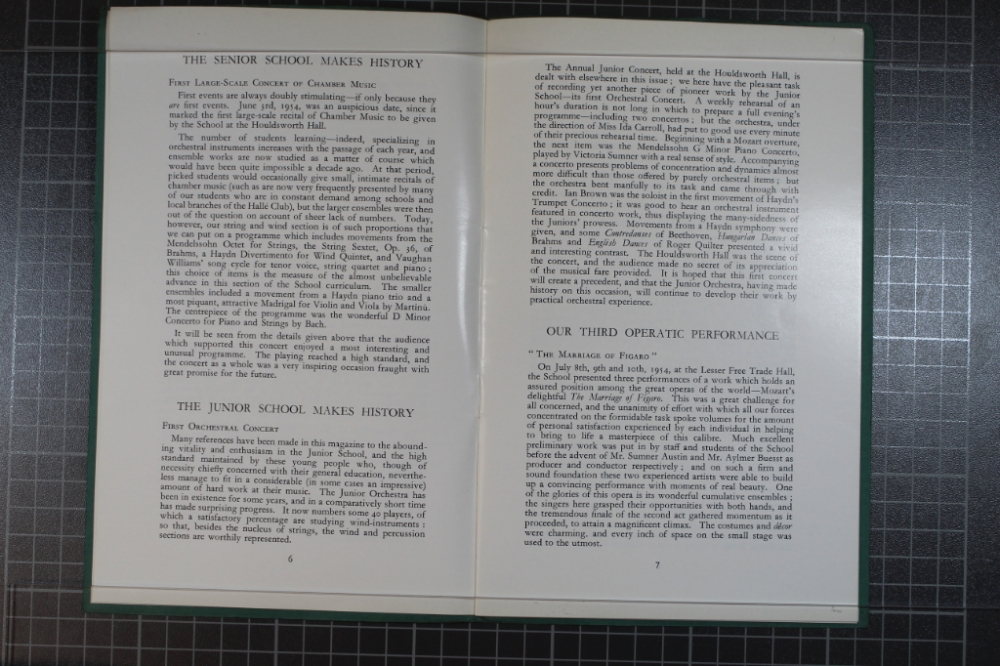 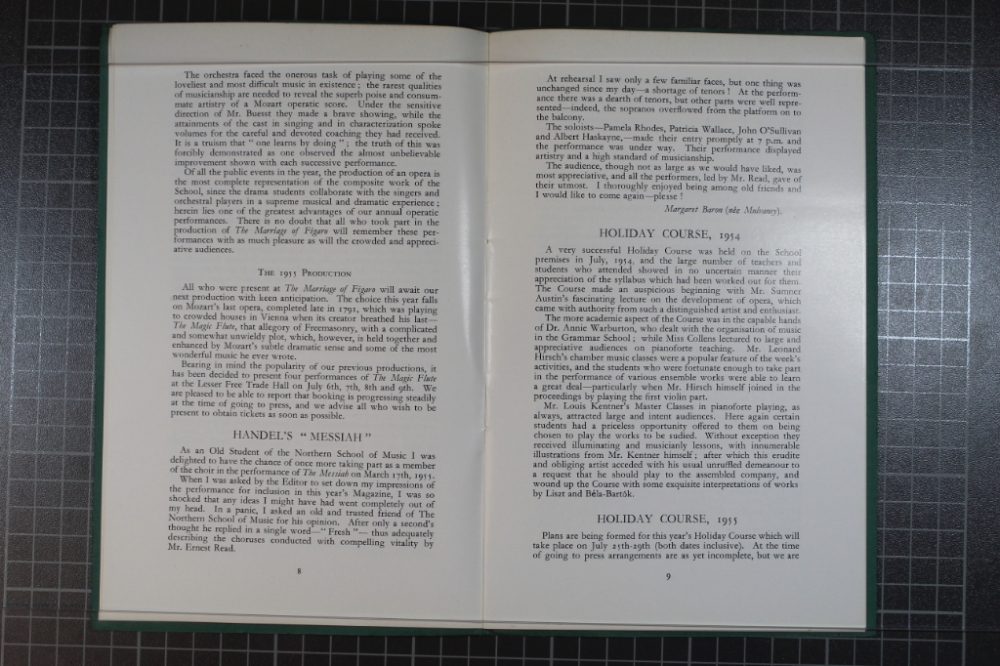 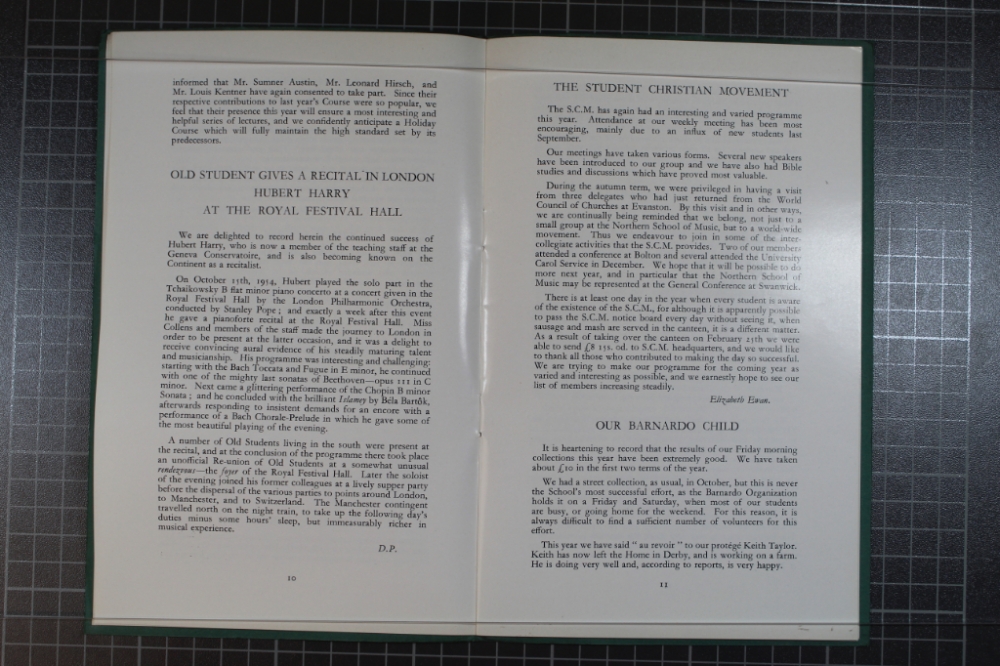 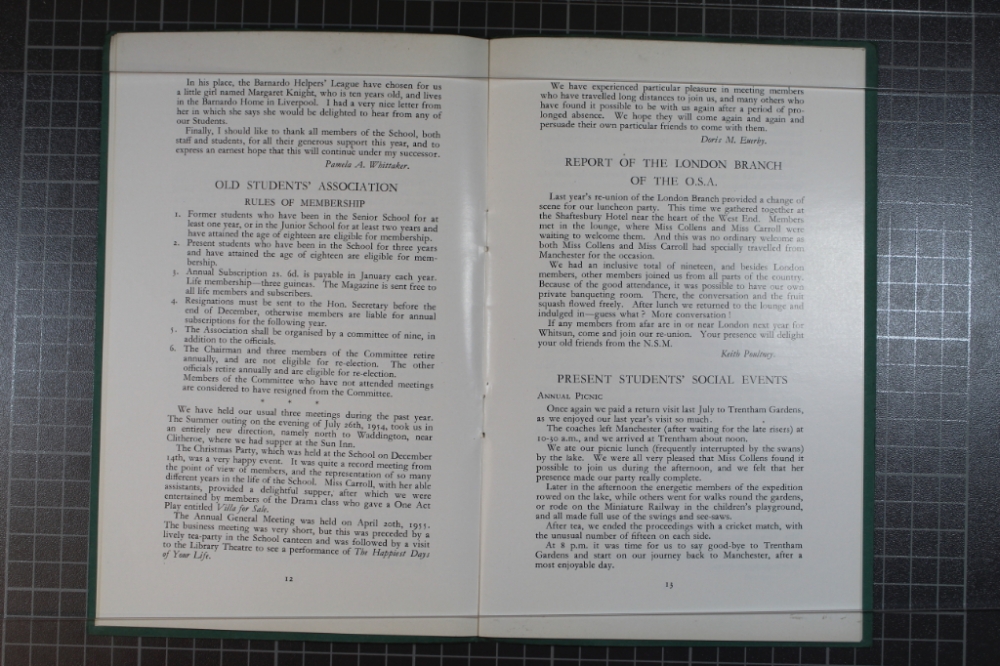 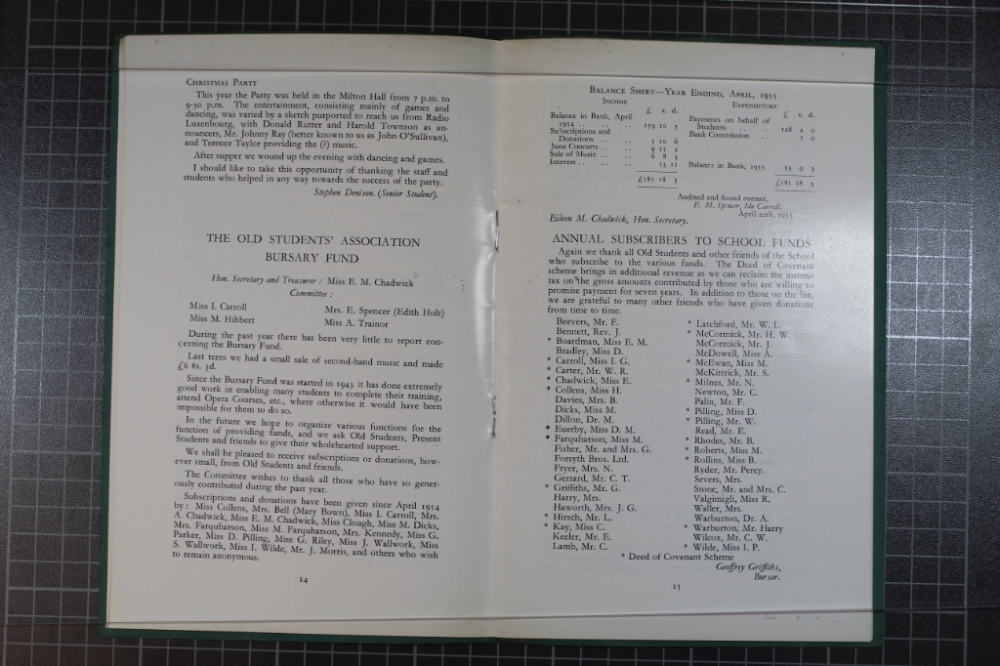 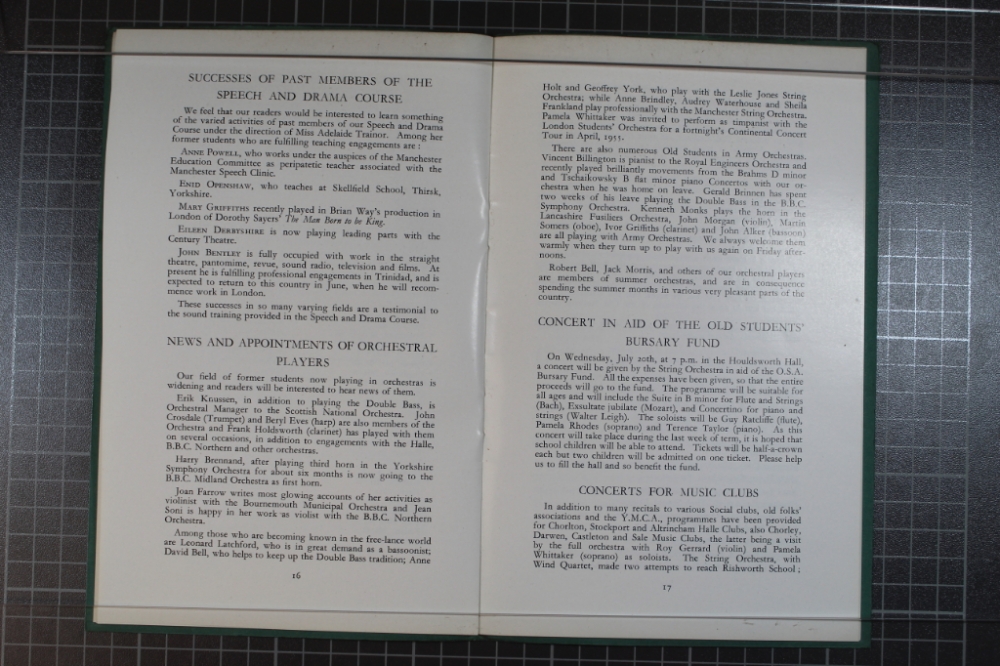 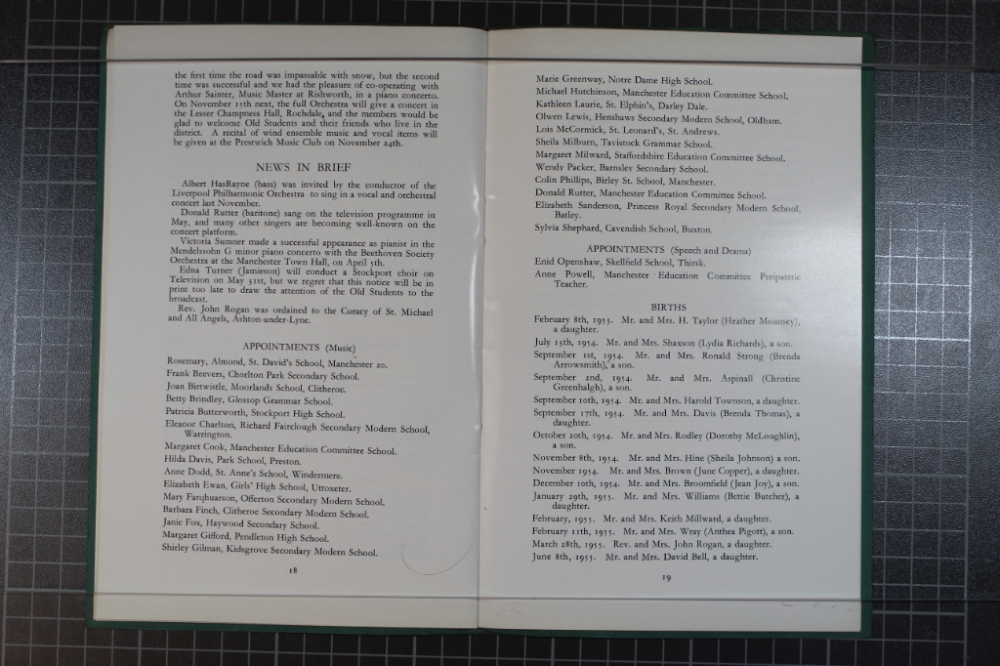 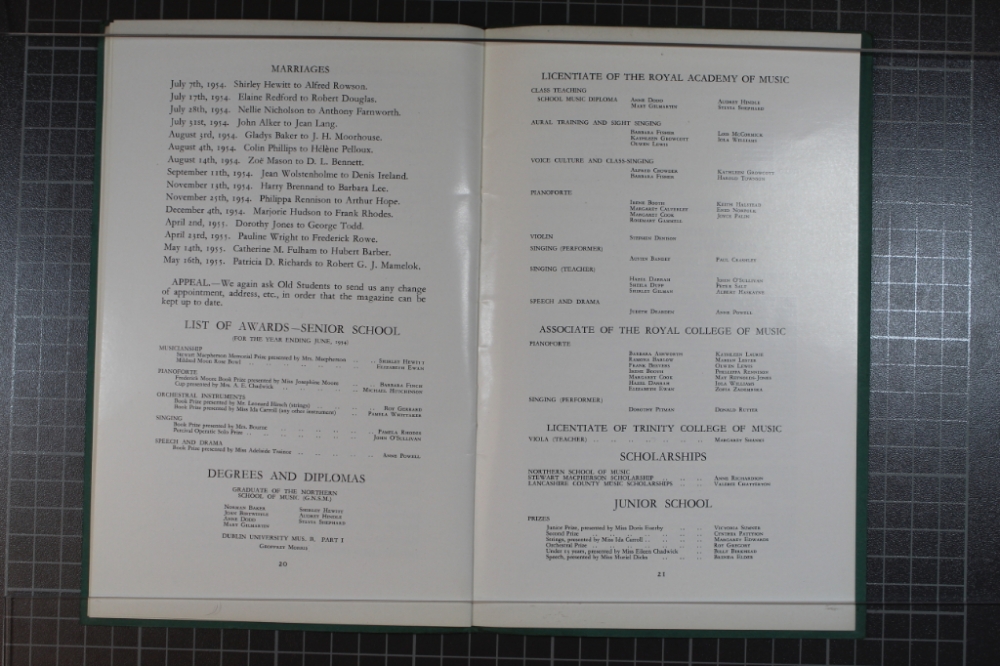 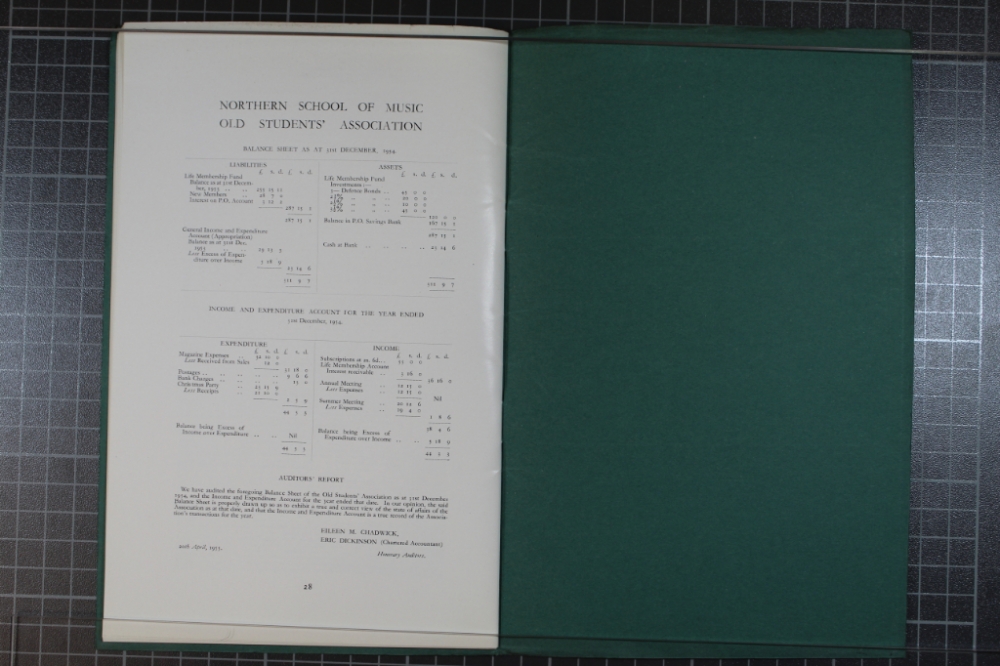 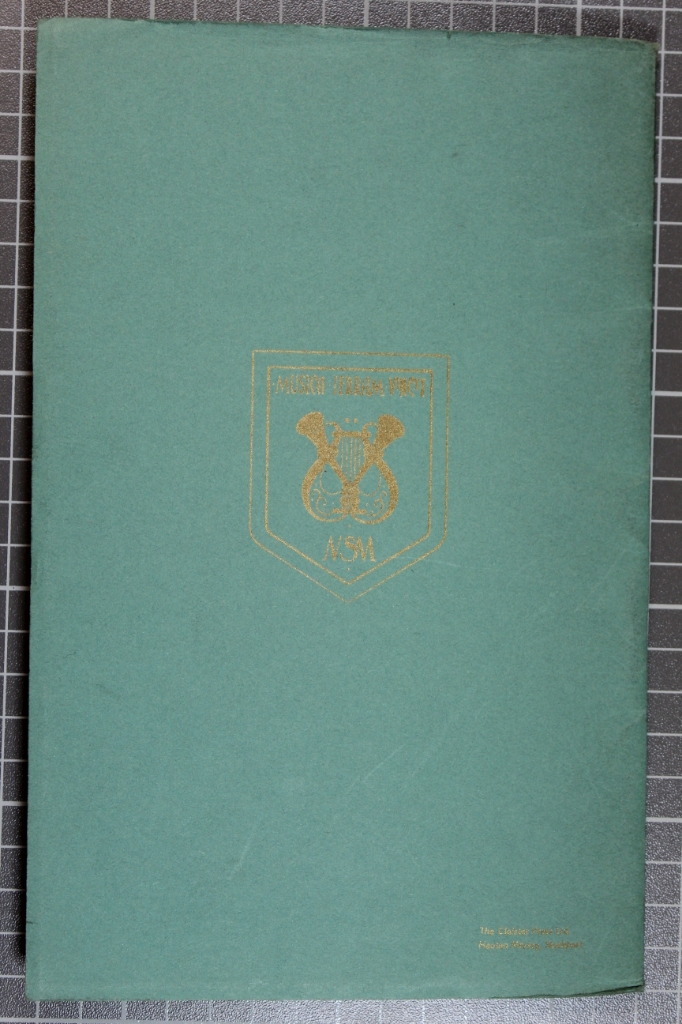 Official Magazine of the Northern School of Music, covering the academic year 1954-55
Following the spotlight shone on the lack of performance and rehearsal space at the school in the previous issue, Hilda Collens initially announces the introduction of a new floor to the existing building with extra studio space and a larger Concert Room for students. Further demonstrating the evolution of the institution, she adds that the Ministry of Education have included NSM in the list of organisations that train teachers in Speech and Drama. During this time, the NSM would have been the only provision of its kind within the north of England.

Their graduate course (operating in the same manner as a post-grad course) gave opportunities to graduates wanting to go on to teach, equipping them to teach Advanced work in the schools. Collens had taken this decision following a conference in London, where she identified graduates from three-year courses were frequently unable progress to this level. This highlights her philanthropic motives in behind her role in the NSM that she is so famously characterised by.

Following this focus on alumni, pg. 10 includes a piece on Hubert Harry: an ex-student of Hilda Collens at the Matthay School who, refusing to give up his music education, gained notoriety avoiding the draft of the Second World War to study Pianoforte in Switzerland (a neutral country). Now a member of teaching staff at the Geneva Conservatoire, the piece details a recital he gave at London Festival Hall and the celebrations that followed in London and Manchester.

Pages 22-27 have been censored to protect personal data.

Part of the #NSM2020 project "A 20/20 Legacy: the centenary of the Northern School of Music" supported by the National Lottery Heritage Fund.
Artefact added : 1st April 2020
by rncmarchives