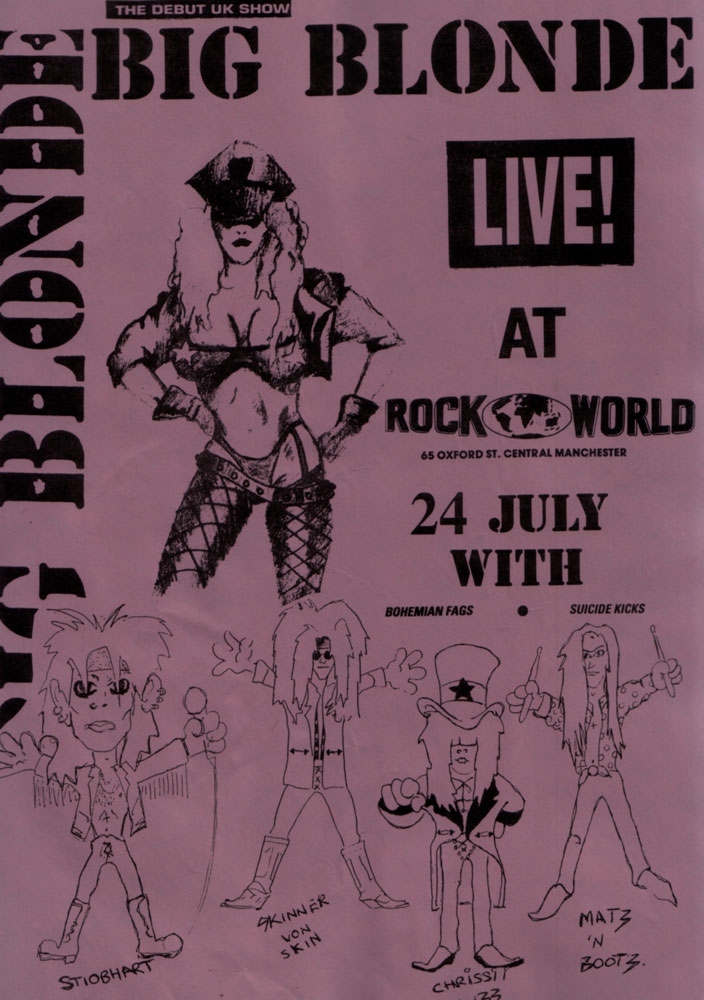 Poster for Big Blonde gig at Rockworld from 24th July 1991.

It would play out in many different ways, such as; adjusting the settings on each others instruments when they weren't looking, heckling each other from the audience, our drummer drumming along back-stage deliberately out of time, when they were playing, etc.

And, in the case of flyers or posters, there was an escalating war where we'd make their name as small as possible on our posters/flyers and they'd do the same to us on theirs.

[I'm not sure why Suicide Kicks got the same treatment here. I seem to remember we were good mates with several of them.]

[Sorry 'Chrissi' and 'Skinner' but the ravages of time have left me unable to remember your real names!]

Also in the line-up Bohemian Fags and Suicide Kicks
Artefact added : 1st May 2020
by stíobhart 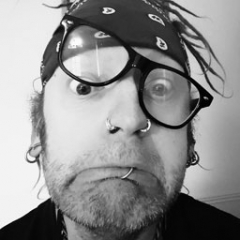 stíobhart Says –
I think you're getting your bands mixed up. Lead singer of Big Blonde was me, stíobhart.
If you'd like to leave a comment, please Login. Login
Manchester Digital Music Archive is licensed under an
Attribution-NonCommercial-ShareAlike 4.0 International License.
Charity no. 1164179
Our archive currently contains 3861 Bands, 758 DJs, 1458 Venues, 316 Industry Professionals and 29644 artefacts contributed by 4033 members.