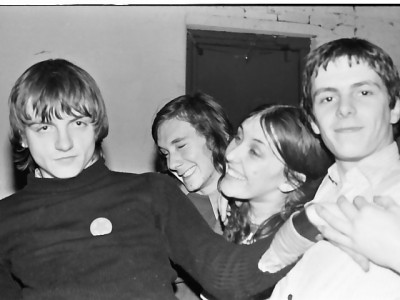 Years later, he found it at the bottom of his wardrobe and released it as the "Live in 77" album.

With all the glasses getting chucked I didn't get chance to take any photos of The Fall onstage but this one is before the gig. Mark and Martin are getting accosted by a couple of Stretford girls. Nowt wrong with that.
Artefact added : 4th July 2007
by Bernie Wilcox