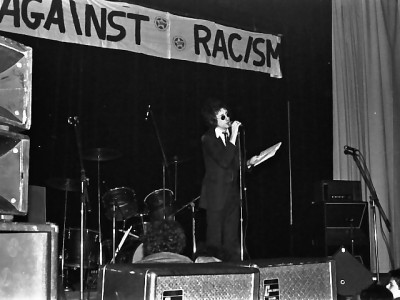 Years later, he then found it at the bottom of his wardrobe and released it as the "Live in 77" album.

This is JCC doing his bit.
Artefact added : 4th July 2007
by Bernie Wilcox