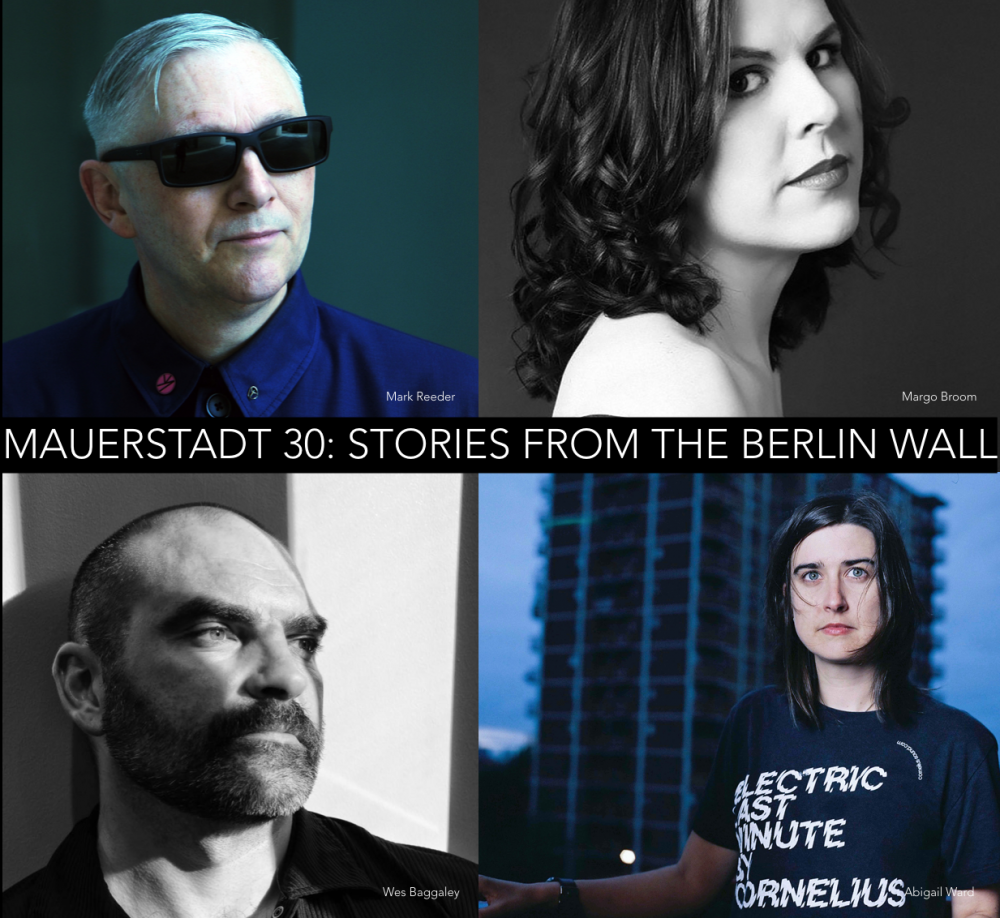 Mauerstadt 30: Stories From The Berlin Wall


Saturday November 9th 2019 marks 30 years since the fall of the Berlin Wall. This free afternoon event at YES, Manchester, celebrates this anniversary through live music, conversation and film, as part of the HOMOBLOC festival.

Tickets are free, but booking is essential. Admission is based on a first-come-first-served basis. You will need to arrive early to guarantee entry.

Manchester-born, Berlin-based producer, filmmaker and cultural catalyst Mark Reeder (B-Movie: Lust & Sound in West-Berlin 1979-1989) talks to musicologist Dr Beate Peter about Berlin's underground music scenes in the years leading up to the fall of the Wall, and how he risked his freedom to bring punk to the East.

Born in Manchester and part of its late 70s punk scene, he moved to West Berlin in 1978 and immersed himself in the music scene there, becoming Factory Records’ German representative. He promoted the label’s bands Joy Division and ACR, whilst working as sound engineer and spending time with Nick Cave, Blixa Bargeld and other musical luminaries of the West Berlin scene.

In 1983, Reeder put together a Berlin Special of The Tube, which he co-presented together with Muriel Gray. This show featured music from both sides of the walled city. Mark risked his freedom to smuggle Western bands into East Germany, putting on illegal shows in churches at a time when the Stasi was attempting to crush the country’s nascent punk scene.

In summer 1989, Reeder was asked by East German officials if he would produce an album for up-and-coming East German indie band Die Vision for the state-owned record label AMIGA in East Berlin. He assumed at the time this was so they could keep an eye on him. Mark is now recognised as the only English person ever to have produced a record in the East, because days after finishing the album, the Berlin Wall fell.

This album was incredibly important to many East German kids, including Dr. Beate Peter. She will talk to Mark about this and many other things, including their shared passion for electronic music, Mark's pioneering dance label MFS and his work with New Order.