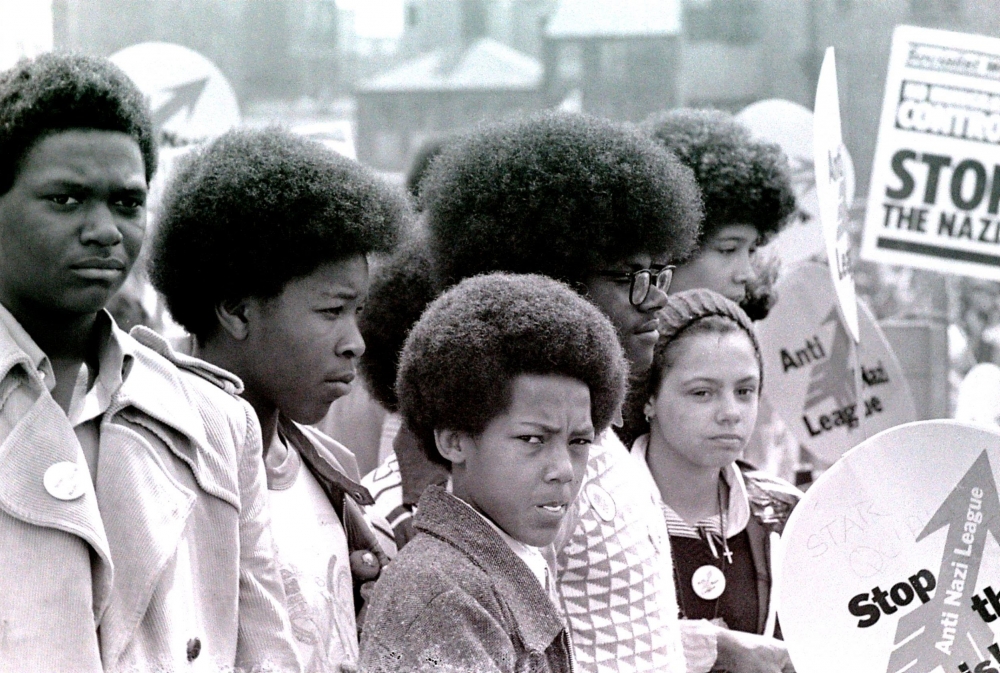 Cited by joint organiser, Bernie Wilcox of Rock Against Racism, as ‘the day that it became cool to be anti-racist’, the Carnival galvanised Manchester against racist groups including the National Front, with a rally of 15,000 people marching all the way from Strangeways to Alexandra Park joining a further 25,000 for an afternoon of music, dancing and unity.

Co-organised by the Anti-Nazi League and Rock Against Racism, the Carnival featured incendiary live performances by pop-punk superstars Buzzcocks and Steel Pulse, the UK's leading reggae band of the period.

To celebrate this pivotal moment in Manchester's fight against racism, Manchester Digital Music Archive and the Ahmed Iqbal Ullah Education Trust have brought together the original organisers of the Carnival for a panel discussion and all-day event exploring its impact and continuing relevance today.

This event will also be the official launch of our Heritage Lottery-funded project and exhibition celebrating the Carnival. The exhibition, 'We Are Dynamite!', will take place at NIAMOS, Chichester Road, Hulme, M15 5UP from Monday September 3rd to Saturday September 22nd.

A series of short historical films introduced by Geoff Brown

A brand new short film on the Northern Carnival Against the Nazis, 1978 by Antony Morris

On July 15th 1978, Ramila Patel of Bolton Asian Youth Movement addressed a crowd of 15,000 anti-racism protesters that had amassed in the car park of Strangeways prison to march across town to Alexandra Park in Moss Side - the main site of the Northern Carinval Against the Nazis. Ramila was asked to give the address by Anti-Nazi League organsier Geoff Brown, following her brave stance against National Front leader Martin Webster at a previous demo, in which she marched alone in defiance of Webster holding a placard saying 'This man is a Nazi'. Ramila is now Head of Visual Arts, Sheila & Richard Attenborough Fine Arts Centre, Waterford Kamhlaba United World College of Southern Africa, Swaziland.