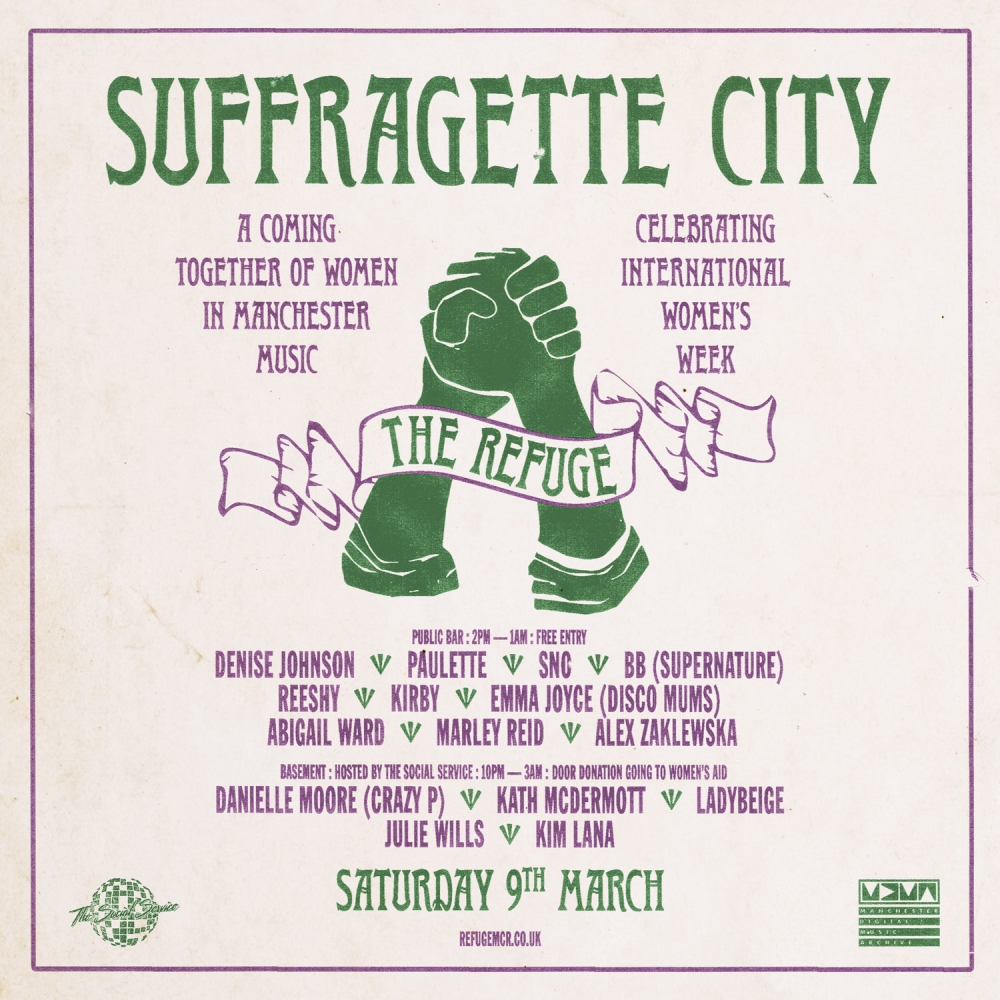 After the resounding success of our Suffragette City exhibition and party in 2018, which paid homage to women’s achievements in Manchester music, The Refuge will host Suffragette City, The Sequel, on Saturday 9th March 2019, the day after International Women’s Day.

Co-founder of MDMA, Abigail Ward said: “We want to build on the phenomenal success of last year’s Suffragette City party by putting together a fresh line-up of female DJ talent, whilst raising awareness of the barriers women can face in the music industry. We are also fundraising for Women’s Aid, because we are keenly aware of the dwindling number of women’s refuges in the UK”.

The Refuge Basement will host Move Ya Body, presented by The Social Service from 10pm until 4am. Proudly supporting Women’s Aid, the admission will be by donation only, with a minimum of £2 at the door, no tickets required.