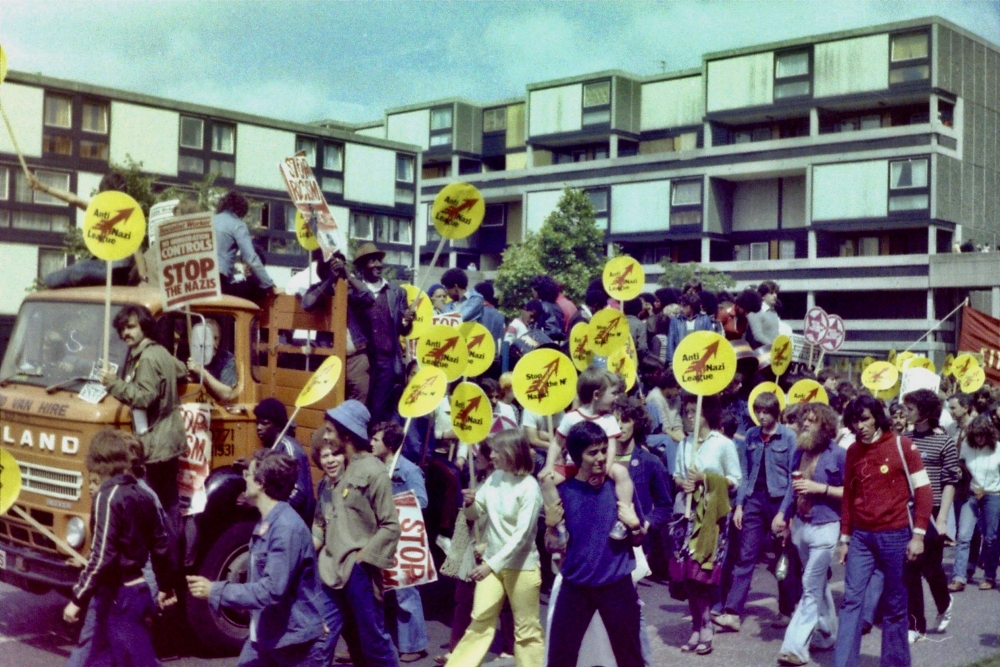 We Are Dynamite! Northern Carnival Against the Nazis - digital exhibition

Manchester Digital Music Archive volunteers have created a digital version of our recent We Are Dynamite! Northern Carnival against the Nazis 40th Anniversary Exhibition.

The online exhibition features all the images from the physical display, alongside many previously unseen photos sent in by the public, plus extra digitised ephemera. There are also audio memories from Carnival attendees, which were recorded by volunteers as part of our project.

Dubbed ‘the day it became cool to be anti-racist’, the Carnival galvanised North West communities against racist groups, including the National Front. A rally of 15,000 people marched all the way from Strangeways prison to Alexandra Park joining a further 25,000 for an afternoon of music, dancing and unity.

Co-organised by Geoff Brown of the Anti-Nazi League (ANL) and Bernie Wilcox of Rock Against Racism (RAR), the Carnival featured incendiary live performances by pop-punk superstars Buzzcocks and Steel Pulse, the UK's leading reggae band of the period. Support came from Moss Side reggae band Exodus (later X-O-Dus) and China Street from Lancaster, who had released a single on EMI called ‘Rock Against Racism’.

At MDMArchive, we believe the story of the Northern Carnival is an important one, and very relevant to the times we are living in.  We would be really grateful if you could take a moment to share this exhibition on social media and help us get the message out there.

Supported by by Heritage Lottery Fund